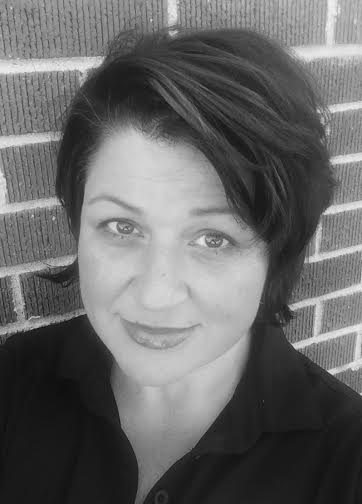 As far back as I can remember, I have LOVED everything theatre/movie/TV related. I would watch movies for hours on Saturdays that starred The Marx brothers, Elizabeth Taylor, Jerry Lewis and Dean Martin, the list could go on and on! I would scour the magazines for information on actors’ lives and watched interviews to see the way they held their hands, used their voices and basically copied their mannerisms. My parents thought it was funny and would pull me out when company came to show me and my impersonations off. I was the funny one, the dramatic one, always “that one.”

I married right out of high school, had our first child about a year later and settled into the family life. I was never able to embrace the “theatre life,” but I did utilize my talents and passions in the church setting, and was content with this until I had an injury that ended my career as a hairstylist/nail tech.

I went to college. . .WOW! What a new world that was! I was studying Vocal Performance, and I was helping with hair and makeup designs in the Grand Canyon University’s Ethington Theatre, when my passion for the stage reawakened. I quickly changed my degree to theatre, and as I finished school, trying to figure out what I could do with this degree in theatre, I was offered a job teaching at a local charter school, here I met so many wonderfully talented kids who, I hope, learned a lot about theatre from me.

One of those amazing kids was Brelby Company member, Melody Chrispen. Melody had been somewhat ignored as an actress there and was considering giving up theatre when I saw her audition and had to cast her!

Fast forward to Spring of 2015…Melody came to my house for a haircut (I still dabble in the Hairstyling arts) and mentioned that auditions for Brelby’s Little Women, The Musical were coming up. She said I should audition, and so I did!

I did get cast in Little Women as Aunt March, which was loads of fun to play! I learned so much from the artists around me and also helped out as a minion for Jessie Tully in the Hair Department.

I fell in love with Brelby, its people and mission and I wanted to do more.

When I heard that designers were needed for the upcoming season, I sent some pictures of my work to Shelby and an application to design and VOILA!!!! I designed costumes for The Tempest, currently playing at the theatre.

The word I would use to describe my experience with Brelby would be NURTURING. Artists here are encouraged, taught, trained and loved through the process. Things that are nurtured, grow. This is what happens at Brelby! I plan to be more involved in the incredible work being done here to help artists grow in their craft, bringing them to  not only perform quality work at Brelby, but to share the Brelby spirit throughout the ‘Theatre World’ in Arizona!