Ghost the Musical opened to three sold out crowds and is back for its second weekend! The Brelby Buzz is excited to speak with two of the featured spirits, the ghosts who haunt the Hospital and the Subway, and the actors who portray them, Melody Chrispen and Mia Passarella. Read on to learn more about their characters, their karaoke jams, and their thoughts about the show.

Age: I am 23, but my birthday is just around the corner eeeee!

Role in this show: I will be portraying the Hospital Ghost.

What’s one dream role you would want to play? One of my #1 dream roles is The Baker’s Wife in Into the Woods. I wish mine was more artsy and unique, but I have been in love with that show for as long as I can remember.

What theme of the show do you connect with most? Ironically, the theme I most connect with is disconnection. All of the characters are struggling to connect with someone or something, whether it’s their family or their career or their death or even just themselves. As humans, we all struggle with that disconnect and I know I’ve certainly had my ups and downs this year alone
.
If you could choose, how would you spend your last day? I think I would want to spend my last day traipsing around castles in Ireland with someone I love. That’s my happy imagination place and I would want it to be real before I left this world.

What’s your favorite song to sing at karaoke? Oh I’m a classics kind of girl. Don’t Stop Believing. After that, anything Bon Jovi or Disney. I’m in.

If you were going on a ghost hunt, what would you bring to contact them/get them to contact you? Um….I wouldn’t ever go on a ghost hunt, but if I did, I guess I would bring something that meant a lot to the person? Idk. I avoid all that ghostly superstitious stuff if I can haha.

What’s been the most challenging part of this role for you? The singing range of my part! If you know me, you know that I’m basically a bass. That’s just where my voice sounds good. But now in this show, I’m singing a soprano solo, tenor for ensemble parts, and I jump around to alto and bass sometimes. It has definitely been a welcome challenge that I am dreading and loving at the same time. 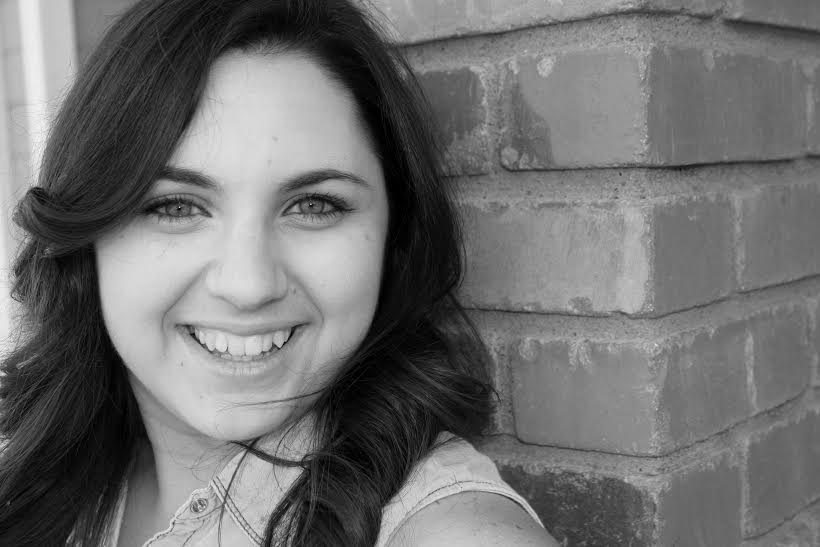 Number of Brelby shows:  I don’t even know anymore.

Role in this show: Subway Ghost

What’s one dream role you would want to play? There is a very long list of dream roles. But one that always hails at the top for me is Lady Macbeth. I know what you may be thinking. “Be original, Mia. You and everyone else in the world.” But it’s just such a juicy role. There’s a reason everyone says that.

What theme of the show do you connect with most? I think I connect the most with the theme of not being able to let go. There’s even a whole song about it! The whole play many of the characters struggle to let go of something that’s holding them back. And when they finally do, they find peace in the end. And those who don’t, meet an unfortunate end. I connect with that a lot. It’s hard for me to let go of things. Even if it would be healthier and better for me to.

If you could choose, how would you spend your last day?  I’m gonna steal from another cast member in this and say that I wouldn’t want to know it was my last day. Just a nice day surrounded by the people I love and the ability to be fully present for it.

What’s your favorite song to sing at karaoke? Holding Out for a Hero. You Oughta Know. Basically anything belty.

If you were going on a ghost hunt, what would you bring to contact them/get them to contact you? Nope. Nope. Nope. I would not do that. I think there are some things in this world better left untouched.

What’s been the most challenging part of this role for you? It’s a challenging role in general. It’s emotionally meaty. I rap, which I’ve never done in front of people. It’s very physical. Even the costume/make-up change is a bit of a challenge. But I think it’s a good one.

Get your tickets now for this other worldly good time! Ghost the Musical plays this weekend and next–are you ready to believe?