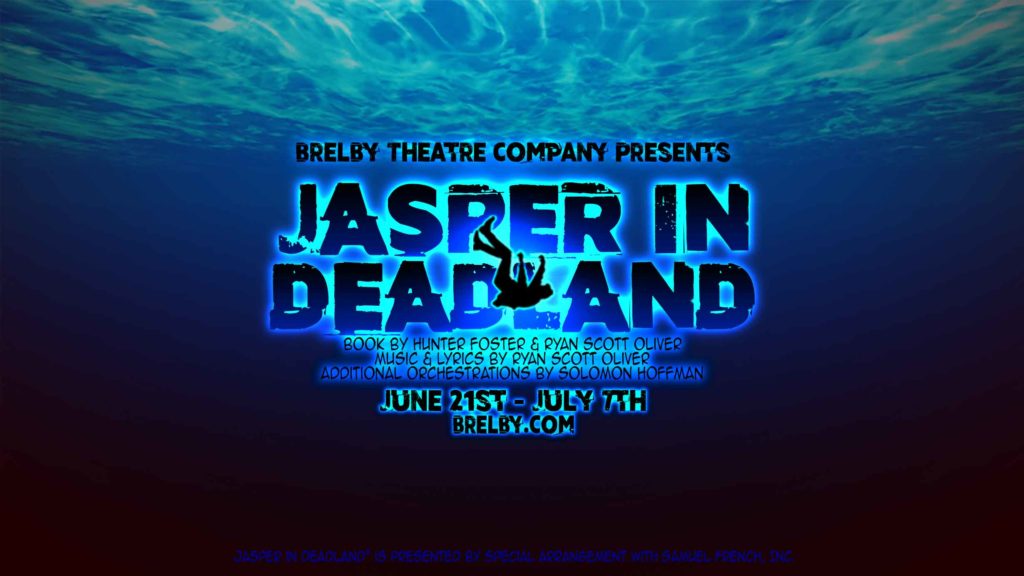 Helen Morris (Music Director), a Music Performance & Secondary Education student, is so excited to be part of this incredible production! Helen is a musical theatre workshop instructor for the Arizona Thespian Society, where she teaches musical writing, music theory, and audition coaching & techniques to high school and college students from Arizona, California, and New Mexico. Recent performance credits include Sweeney Todd (2019), Company (2018), A Murder is Announced (2018), and more. She would like to send out a huge thanks to Shelby, Max, James, the cast, and to you, the audience, for keeping theatre alive! Thank you!

James Beneze (Assistant Director) is making his second venture into the world of directing. He is the newly appointed Volunteer Coordinator for Brelby Theatre Co. and has been a fixture with the company for the past few years. A regular behind the scenes, he can usually be found as a stage manager or props designer. He was last seen on stage in Powerhouse and Return to Rosie’s Pub and can be seen this August in Alice’s Canvas.

Max Plata (Stage Manager) is thrilled to be spending his summer in Deadland! He’d like to thank Shelby & the whole team for welcoming him back and trusting him to care for a show as big, crazy, and special as this one. Max is a student at Arizona State University studying Theatre (Playwriting). He is the resident Assistant Stage Manager for ASU’s Music Theatre & Opera program under the mentorship of Kate Leonard. Keep an eye out for one of Max’s upcoming projects at ASU – the Arizona premiere of another of Ryan Scott Oliver’s works – 35mm: A Musical Exhibition!

Shelby Huston (Wig & Makeup Designer) did not have time to write a bio because she was busy creating dozens of amazing wigs for this show, so we’re going to let her work speak for itself.

Tim McCandless (Lighting Designer) is thrilled to be back designing lights for Brelby! He previously designed lights for Ghost: The Musical and The Pledge at Brelby. Tim is the theatre director and teacher at Saguaro High School. He would like to thank his grandparents for introducing him to the wonderful world of theatre.

Cody Caple (Sound Designer) is making his Brelby debut, and his sound design debut, but did not have time to make his bio-writing debut, so you’ll have to ask him to tell you about himself in person.

Rebecca Ulbrich (Prop Designer) is proud to be the Props designer for Jasper in Deadland and has had so much fun helping to create this rich underworld. Past credits include As You Like It (props and sound), Much Ado About Nothing (props) and spy love you (props). Rebecca would like the thank Shelby for taking her along on this journey, the designers for pushing her to strive for the best and the actors for bringing this world to life. Rebecca would also like to give a huge special thanks to Anabel for helping her bring her props to life and her husband for giving up time together during this process. Enjoy the show!

Anabel Olguin (Assistant Prop Designer) is super excited to be a part of this world premier. She was most recently seen on the Brelby stage as Malbete in Wolves of Sherwood, Renee in 12 Days of Christmas and as Numbers in Spy Love You. She hopes you all enjoy this fantastic show.

Kenzie Laughlin (Wardrobe Supervisor) is a BFA Design/Tech major at the University of Arizona with an emphasis in costume design and a minor in history. She is so excited to be working on this show. Past credits include working as head of wardrobe for UA’s Erased and On The Verge, and acting as a first hand for ART’s productions of Top Girls and Richard III. She would love to thank Max and Shelby for hooking her up with this sweet opportunity, and also everyone in the Design/Tech program that endlessly teach and support her.

Sophia Rodriguez (Sound Mixing) is excited to be apart of this amazing and unique show! She’d like to thank the cast, crew, and creative team behind Jasper for giving her the opportunity to be apart of something this Summer. She is a Sophomore at Arizona State University studying Theatre. Sophia was apart of the crew for Brelby’s production of Heathers in 2018 and is glad to be back to bring this show to life! Shout out to Maxwell and his bunny son, Tucker.

Charley Rodriguez (Light Board Operator) is making her Brelby debut, and we’re so glad to have her!

Sam Jones (Run Crew) is grateful for the opportunity to work on such a fun and exciting show! This will be the first show Sam has worked on since graduating from Shadow Ridge High School this last May. She looks forward to seeing this show come together and working with the amazing cast and crew!

Hunter Foster (Book) is an Artistic Associate at Bucks County Playhouse where he has directed Company, Ain’t Misbehavin’, The Buddy Holly Story, National Pastime, The Rocky Horror Show (2013, 2014 and 2016), Summer of ’42, and It’s a Wonderful Life. His other directing credits include Cabaret, My Fair Lady (Cape Playhouse), Grease (North Carolina Theatre), Spamalot (Casa Manana) and has directed productions of Million Dollar Quartet for the Ogunquit Playhouse, Gateway Playhouse and Westchester Broadway Theatre. In the spring of 2017, he will direct the play adaptation of the movie Clue for Bucks County Playhouse. As a book writer he has written the book to the musical Jasper in Deadland, which played at the 5th Avenue Theatre in Seattle in Spring 2015 following its world premiere at Prospect Theater Company in NYC. Hunter also wrote the book to the Off-Broadway musical Summer of ’42 which opened at the Variety Arts Theatre in New York City and was nominated for an Outer Critic Award for Best New Off-Broadway Musical. Other recent book writing credits include The Circus in Winter (Goodspeed Musicals), Clyde and Bonnie: A Folktale (New York Musical Theatre Festival, Aurora Theatre), The Hollow (Signature Theatre) and Blue Ridge Sky. As an actor, he has appeared on Broadway in The Bridges of Madison County, Hands on a Hardbody, Million Dollar Quartet, The Producers, Little Shop of Horrors (Tony nomination), Urinetown, Les Miserables, Footloose, Grease and King David. Hunter is a graduate of the University of Michigan (BFA in Musical Theatre).

Ryan Scott Oliver (Book/Music & Lyrics) is a 2011 Lucille Lortel Award Nominee, a 2009 Jonathan Larson Grant recipient and wrote the music and lyrics for 35mm: A Musical Exhibition, Mrs. Sharp (2008 Richard Rodgers Award Winner, at Playwrights Horizons starring Jane Krakowski, dir. by Michael Greif), Darling (featured on the “Bound for Broadway” episode of NBC’s The Apprentice), the song cycle Out of My Head, Quit India (commissioned by UCLA), the music for Angus Oblong’s The Debbies, a commission for Disney Theatricals, The Frog Prince Continued (commissioned by Chicago’s Emerald City Theatre) and Jasper in Deadland (commissioned by the Pasadena Musical Theatre Program).

A collection of his work, Rated RSO, has been seen across the country, playing the Kennedy Center, Joe’s Pub, New York Musical Theatre Festival, and Pace University among others, and his work has also been heard at the Writer’s Guild Awards (perf. Kristen Schaal), Off-Broadway in TheatreWorksUSA’s We the People (Summer 2010 at the Lucille Lortel), on the hit YouTube TV show The Battery’s Down (“This is Your Life” among others) and in showcases presented by Weston Playhouse, Summer Play Festival (SPF), The York Theatre, Goodspeed Musicals, William Finn & Barrington Stages, New York Theatre Barn, Monday Nights New Voices, the Festival of New American Musicals in Los Angeles, Oklahoma City University (STRIPPED), Seattle’s New Voices, and more.

In 2012, he premiered 35mm: A Musical Exhibition based on the work of photographer Matthew Murphy, which has been preserved as an original cast recording by the Ghostlight label. The piece is currently being licensed and has received productions around the US (including Baltimore, MD; Dayton, OH; among others), and will open around the world in 2013 (including London and Canada).