Home » Ghost » Life After Death: Get to Know Mrs. Santiago

Life After Death: Get to Know Mrs. Santiago 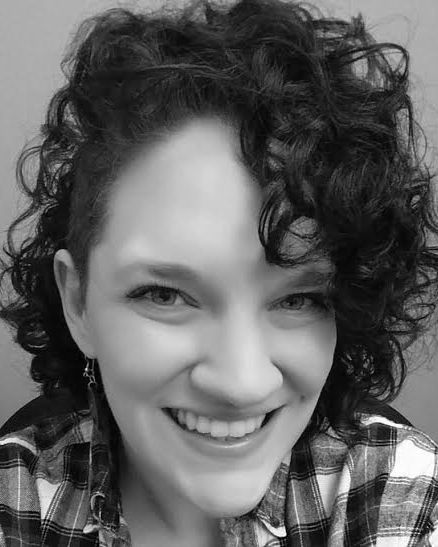 BRELBY BUZZ: What’s been your favorite part of rehearsal so far?

SHANDI ILYSE, MRS. SANTIAGO: My favorite part of the rehearsal process has certainly been this cast. I’ve been very lucky to have a lot of my closest friends here with me so getting to see their beautiful, wonderful faces nearly every day has made me a very happy lady. I assure you, we have a lot of fun.

BB: It sounds like it from some of the other interviews I’ve done! What’s your favorite song to sing at karaoke?

SI: My absolute favorite song to sing at karaoke is probably “Total Eclipse of the Heart” by Bonnie Tyler. I get really into it and usually fall to my knees and clutch the person closest to me while I belt in their faces. It’s pretty intense.

BB: That’s crazy intense! I’d love to see that! What theme of the show do you connect with most?

SI: I am a complete and total sap so the theme that gets me right in my core is the idea of enduring, true love. My wife is the most important person on this Earth to me, and I like to think that nothing could stop us from being with one another. Not even death. It’s like they say in The Princess Bride, “Death cannot stop True Love.”

BB: That’s beautiful. I think audiences will agree with you. If you could choose, how would you spend your last day?

SI: I don’t think that I would want some big blow-out for my last day. I think I would be happiest curled up on the couch with my wife binging our favorite television show, eating Mac n’ Cheese, drinking beer, and being our usual, goofy selves. She’s my best friend so I can’t think of a better way to meet my Maker than in her arms.

BB: But once you have met that Maker, if you were a ghost, how would you haunt someone? What mischief would you make for them if any?

SI: If I were a Ghost, I would probably saunter over to The Haunted Mansion ride in Disneyland and just dance and weave through the ride all day and night. I would certainly be the Happiest Haunt of them all!

BB: Yes! That sounds like an amazing way to spend your afterlife! What’s been the most challenging part of this role for you?

SI: The most challenging part of this role for me has been crafting all of the different characters that I portray throughout the show. I bob between maybe three or four different roles so making each one has been it’s own special, unique challenge. It’s all just another part of the fun though.

BB: I’m sure! Well we’re going to have a ton of fun watching this incredible Arizona Premiere opening on Friday, September 30th! Thank you Shandi for taking time with us, we look forward to seeing you and all the other Ghosts next week! Tickets are available and Opening Night is SOLD OUT! But don’t despair, there are plenty of chances to see this incredible show, but don’t wait too long or you’ll be waiting for that miracle!