As a part of our 10th Season, Brelby is pleased to be penning a sequel to our 2016 production of After Hours at Rosie’s Pub. An entirely new crop of characters will venture into the infamous bar, tended by Rosie the Riveter. Meet the team who will be creating the story and choosing the figures to focus on.  (L to R: Micky Small, Jessie Tully, Shelby Maticic, Jen Gantwerker, Chelsea Jauregui and Karson Cook) 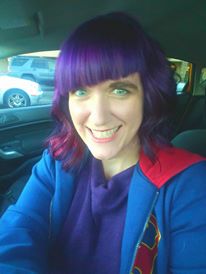 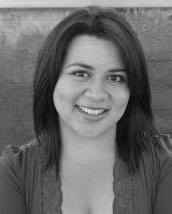 Why did you want to join the Return to Rosie’s Writing Team?

Shelby: Brelby’s first venture to Rosie’s Pub was an incredible experience for me. To see a one sentence pitch grow into what that show did was impactful as an Artistic Director. I knew I wanted to lead this team again and see what a second foray would look like.

Jessie: I was on the writing team for ‘After Hours at Rosie’s Pub’ and it was honestly one of the most rewarding and meaningful artistic adventures I’ve ever taken. I couldn’t wait to get a chance to open the Pub again.

Chelsea: I wanted to add some Latina perspective. I LOVED that Frida Khalo was included in our visit to Rosie’s and wanted to be apart of giving other women the feeling of inclusion I felt.

Jen:  I was lucky enough to be part of the first ‘Rosie’s,’ and after each performance, I spoke with audience members who were deeply affected by the show, its characters, and its message. The chance to help create another transformative piece of theater was not to be passed up!

Karson: I love this concept and the team/family we have at Brelby and I really want to tap into other areas of theatre so I’m ready to dive in and get my writing juices flowing again!

Micky: My passion is telling women’s stories, especially women who have blazed unconventional trails in the world.

What are you looking forward to the most about the process?

Shelby: I’ve been a part of several of Brelby’s Writing Circles now…and there’s something really special about the collaborative process. I’m looking forward to a lot of pieces throughout the journey…but the first time that a piece has a reading out loud is always incredibly exciting.

Jessie: I’m excited to let a new group of women tell their stories. A lot of thought goes into choosing who’s stories we will tell. Its my favorite part of the process

Chelsea: I’m looking forward to it being an opportunity to learn from the other amazing women and artists involved, growing as a female artist and shedding light on some of the phenomenal women of our past, present and future.

Jen:  I’m with Jessie! I can’t wait to create our own list of amazing women whose stories will unfold onstage. The fact that the process is collaborative is also incredibly exciting to me.

Karson: Getting to work with this fabulous group of writers and people and to join minds and really just bounce ideas off of each other. I’m so excited to learn and grow and create something truly beautiful with all of these amazing people and artists.

If you could choose three famous women historical or fictional to have dinner with, who would you choose and why?

Shelby: I think that my answer to this question changes on a monthly basis…but currently I would choose Princess (General) Leia, Mindy Kaling, and Amy Poehler. Mindy and Amy are powerhouses that I have a lot of respect for. Mindy is also an incredible essayist. If you haven’t read her books…you’re really missing out. Amy is hilarious, fearless, and great inspiration for the way that someone can balance motherhood with being an artistic leader. Leia…well, I think she’s an icon. I’d love to pick her brain about everything from leading a revolution, to dealing with moody droids, to outsnarking Han.

Jessie: Sophia Coppola, she is a brilliant director and creates the most beautiful images. I’d love to just listen to her talk about her art. Maya Angelou, she has most incredible life story. She was smart, strong and unapologetically woman. And Sarah Kay, she is the biggest influence in my writing. I am a better person because of her words. I would love to tell her thank you in person.

Chelsea: Selena Quintanilla is my Queen because she dominated in the music industry with her tejano music. She learned Spanish through her songs so she could communicate with her fans. And she spread out in the fashion world proving nothing is impossible if you never give up. Frida Khalo is a complete bad ass artist and activist who constantly challenged the world with her outstanding work and never let any thing hold her back. She literally created art in her death bed. And Luna Lovegood she is the little weirdo amongst a mass of the exceptional. In her fictional world of magic and myths she still manages to see her world in a curious and unique way.

Jen: I’d love to sit at a four-top with Carol Burnett, Mother Teresa, and Agent Peggy Carter. We’d order coffee and pie and they would teach me how to be funnier, kinder, and tougher.

Karson: OHHH this is a tough one there are so many amazing women that come to mind. But, I’d have to say Cleopatra, Harriett Tubman, and Lillian Marie Disney. Cleopatra because she is literally a queen and I would love to sit down and talk with her (with a translator of course

😉). Harriett, because she’s an extraordinary woman and I’ve always been so fascinated by her and I mean “conductor” of the Underground Railroad? Yes! And lastly, who doesn’t want to meet the woman that kept Walt in check. I’d love to converse with her and pick her mind about so many different things. I’d also love to hear the gossip as she spills the tea on Walt and life.

Micky: 1) Patty Jenkins -She is my hero. She directed Wonder Woman (my favorite character) and is changing the way female directors are viewed and represented in Hollywood.
2) Mae West – She was a trailblazer. She wrote, starred in and produced controversial plays on Broadway and wrote and starred in her own films in Hollywood. Because of her portrayal of women comfortable with their sexuality and equal to men, she was a rare breed in Hollywood of the 1930’s/1940’s.
3)Wonder Woman – She is a woman who works to change the world for the better through living a life based on love, compassion and equality. I’d like to know how she maintains such a strong sense of self and integrity while dealing with all of the darkness in the world.