Company Member, Anabel Olguin, talks about her Brelby Moment and facing your fears. 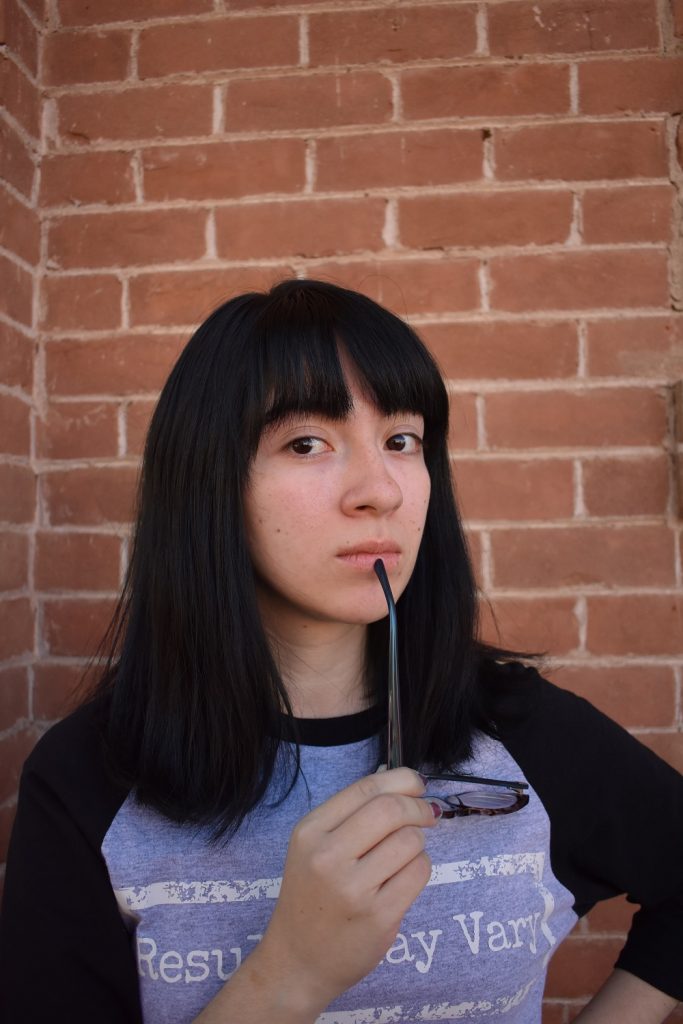 I’ve managed to keep myself pretty occupied this year. I am one of those people rather be doing too much, than nothing at all. This year, I decided to be adventurous, and try a plethora of new things. Aside from directing a musical and teaching high school for the first time, most of those “new” things happened at Brelby. I designed hair, make-up, costumes, and props for the first time. I stage managed for the very first time, which I discovered to be much more enjoyable than I thought it would be. I also played a character that is nothing at all like me in real life for the first time in a very long time. Out of all the new things I tried this year, the most terrifying by far, was auditioning for the improv team.

For years, I have loved watching improv, and thought that being an improviser would be the most fun thing ever. I also never thought that I could ever pull it off, so I never auditioned. When auditions for Results May Vary were posted, I RSVP’d after mulling it over for longer than I should have. I wanted to do it, but I had only done improv once in my life. I also don’t consider myself to be particularly funny, so there was that. Then the morning of auditions arrived. I was flipping through the channels (which I never do since I don’t really watch TV) and lo and behold, I stopped at a channel that was showing reruns of “Whose Line is it Anyway”. If that wasn’t a sign that I should go for it, then I don’t know what is. So I lugged myself to the theatre, and improvised all over that stage.
Moral of the story: If you want to try something new, stop second guessing yourself and just do it. You have nothing to lose, and it will most likely pay off in the end.

Be sure to check out the Brelby Facebook page to know when Anabel performs with RMV! And check back in with us tomorrow for more blogathon fun!