Today’s guest blogger is Jacqui Anderson, who made her Brelby debut in the Arizona Premiere of Dogfight.

Before this year I didn’t really sing. I always wanted to, but unfortunately I didn’t have the confidence to. In high school people made fun of me for the way I sang, which looking back wasn’t terrible I was just scared. I constantly had that feeling that whenever I stepped on a stage and had to sing everyone was thinking “she is going to fail.” Even when I was selected to play Ariel in The Little Mermaid it didn’t help. For a moment I was so excited and then the reality of the role set in. I was going to have to sing in front of so many people and I was never going to be as good as the other people in the musical. No one ever told me I could sing or had a good voice. I know I wanted to get better I just needed someone to take a chance and help me. Brelby gave me that chance. 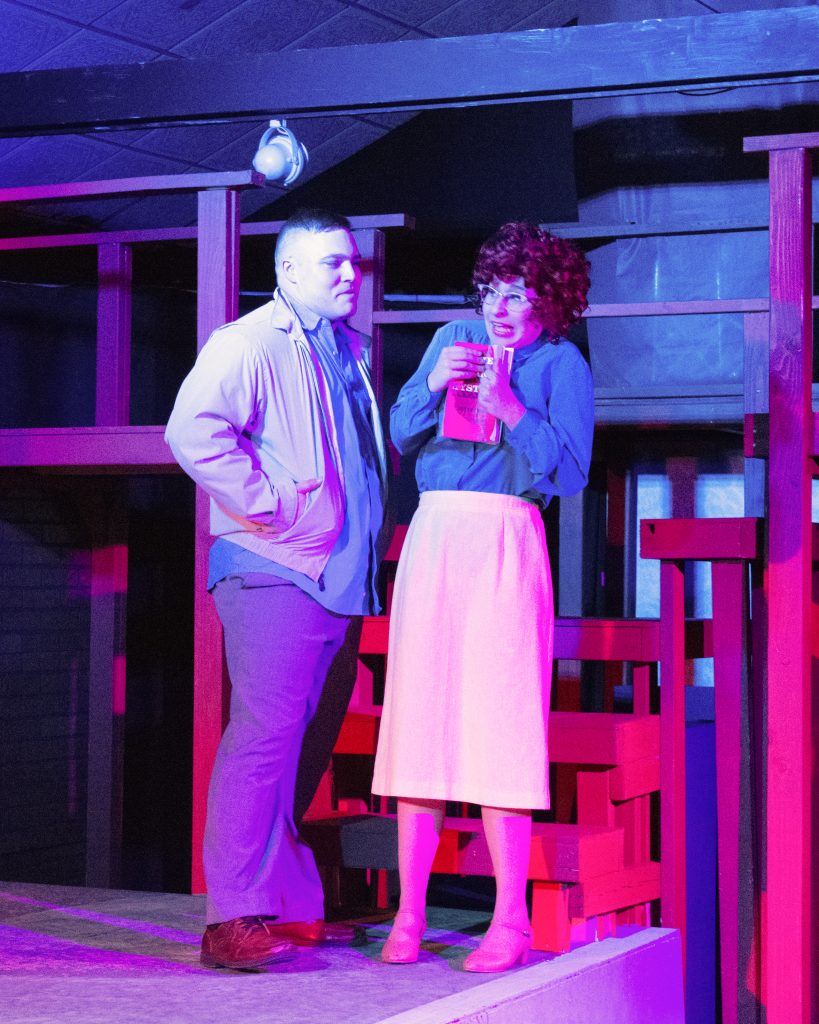 I took a musical theater class at my college in effort to become a better performer. I am so happy I took this class because I met someone you all probably know well C.J O’Hara. After tentatively asking for help with voice lessons he agreed and opened me up to a world of supportive people, but little did I know the door was only just opening. After my third or fourth lesson CJ told me that I should audition for Dogfight at this little theater I had never heard of (to be fair I had not heard of a lot of theaters or people in theater. I wouldn’t even learn who Patti Lupone was for another few weeks!). I had never heard of Dogfight. Was there actual dog fighting involved? I didn’t want to be apart of a show that encouraged animal cruelty! CJ told me to calm down, which he does often, and told me to audition. Of course most of you know the end of this story. I did audition and I was one of the lucky people cast.
I will never forget when I received my offer email. I was at work, on my phone naturally, and I opened the email. I wanted to write back so many things. Unfortunately I couldn’t articulate girlish screams into written form. I was excited and scared and jubilant all rolled into one. I Jacqueline Anderson was going to be in a musical. Jacqueline Anderson who had been told her whole life that she couldn’t sing was going to be in a musical. Now my confidence wasn’t just super charged and I didn’t fly to New York to book my first Broadway show.  I had a lot to learn, I still have a lot to learn but through Dogfight I met some wonderful people that are still guiding me today. I love that I am apart of a community that wants me to get better and wants me to grow in all aspects of theater not just singing or acting. Shelby took a chance on me. Some kid she had never heard of or seen before. I am so thankful everyday she did. I was to scared at the time but I regret never saying thank you. Thank you to everyone. Thank you for welcoming me into your community. Thank you for encouraging me to take risks and try things. Thank you for being a safe place for everyone. Thank you for creating such a great home.
Dogfight was a magical musical, just as unexpected, The Pledge, Whisper Sweetly, and so many others, were such unique theater experiences. I was happy to be a part of this project just as I am so excited to be apart of the festive wonder that is Elf Academy. As a performer it can be scary to stand up in front of people and hope they like whatever you’re doing. However when you’re around people that support you and are honest with you. It becomes less intimidating and you become a part of something so much better than just yourself.  Places like this are rare. So I encourage you to hold on to the magic and share it with others so we can all be better versions of ourselves.

That’s great advice, Jacqui. And some that I’m sure we can all use! Be sure to check back in tomorrow for another Brelby moment!