Jen Gantwerker who was seen on the Brelby stage in The Pledge tell us about theatre magic today. 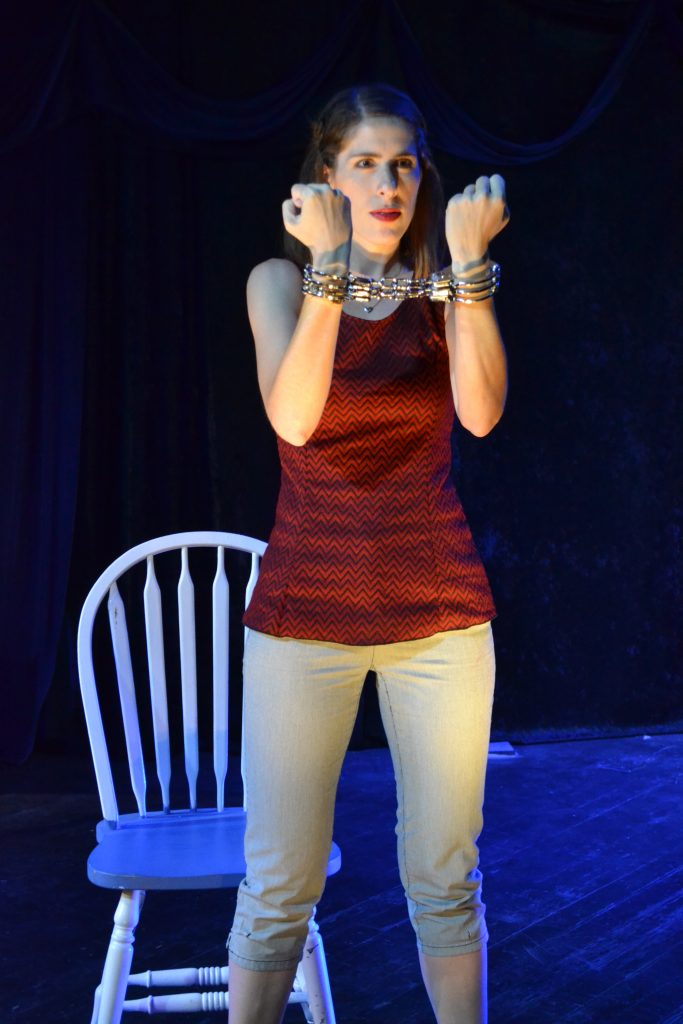 At the risk of sounding like a self-congratulatory brown-noser, my favorite moment of the season was actually in a show on which I worked, The Pledge, which happens to have been written by blogmistress Megan O’Connor.  This woman wrote a play in which actual magic happens onstage.  Several times.

There is a sequence at the end of Act 1 in which a woman emerges from a tiny box, a deck of cards appears from nowhere, and a man chained up in a box disappears and is replaced by a different person, in just moments, in full view of the audience.  I rehearsed the show for over a month and was onstage when all of this happened, and I’m still not convinced there wasn’t some actual sorcery involved.

When we talk about the magic of the theatre, we are generally referring to very basic suspension of disbelief: One actor playing 3 different characters!  An Appalachian farmhouse in the middle of Arizona!!  Stage kisses!!!  Thunderstorm sound effects!!!!  BRITISH ACCENTS!!!!!  But it is rare for something this mind-blowing to even be written, not to mention attempted, in live theatre, and in a theatre of this size?  Nope.  But that’s Brelby: ambitious, daring, ground-breaking.  The Pledge was an amazing reminder of what I love about theatre – and also of why I choose to work here.  Brelby is the epitome of the big choice I am always pushing my acting students to take.  From the company itself to the directors, designers, and performers who play here, it’s a place to take chances.  A place to challenge yourself and your audience.  A place to create real magic.

Thank you Jen! We can’t wait to see the magic we all create next season at Brelby!! The November Blogathon continues tomorrow!