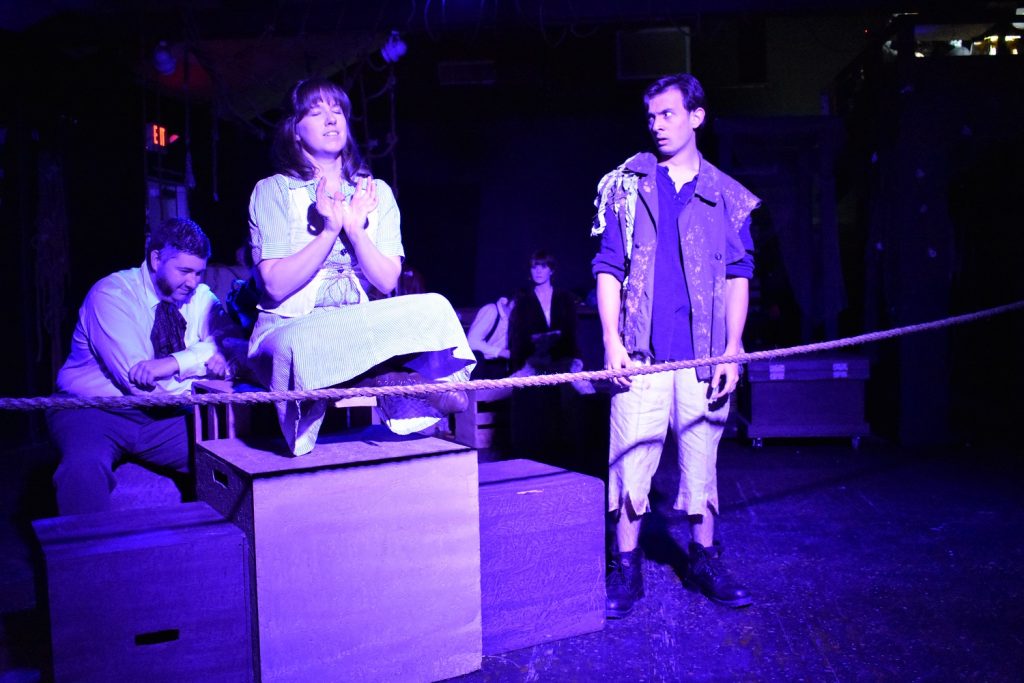 I can’t choose one moment from this season…and I think that’s for the best. When I’m struggling in my role as Brelby’s Artistic Director I read through this blog post that I pinned a while back. It’s a list of suggestions from Jack Reuler of Mixed Blood Theatre that help to guide him as a leader. Number 37 states that “your favorite or best show is always your next one.” It’s something I try to do…to advertise and advocate for all of our shows, even when I’m not acting, directing or designing. For that reason…I’m going to share highlights from all of them. It’s my countdown for Season 9.