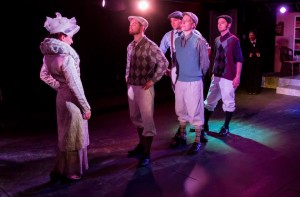 For as long as I can remember, I have always loved to sing. 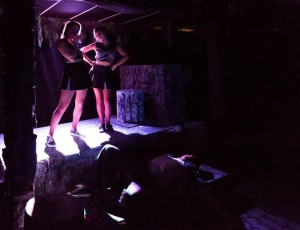 I felt a vital part of me was missing during my undergrad and, when I graduated last spring, I had a desire to get back into musical theatre in some capacity. To be frank, I was really nervous to get into auditioning again because I only had done shows at my high school and felt that because of my lack of experience I would not even have a chance at a callback. To my surprise, I got a callback for that audition and was cast in my first non-youth production at TheaterWorks. I was really honored and thankful for the opportunity. I started to believe in myself again.It was my go-to activity growing up and that love exposed me to musical theatre. But, when I went for my undergraduate degree, I chose to major in Biology. I would still sing occasionally, but not to the extent I used to.

I was introduced to Brelby because of a posting on Durantcom. There was an audition notice for Through the Mist and I primarily auditioned because the story reminded me of my favorite children’s novel growing up, Alanna: The First Adventure. 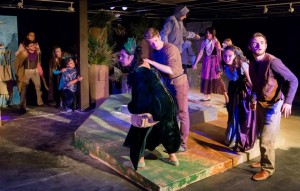 I am glad I went to the audition that day. Because of Through the Mist, I made a lot of strong friendships and had a very memorable experience with Brelby that has been bringing me back for over a year now.

Until that point, I ONLY did musicals never straight plays. On a last minute whim, I did a Shakespeare monologue and never expected to get a callback let alone cast in a straight play. Love’s Labour’s Lost was challenging, but I enjoyed every minute. Plus, it was such a learning experience to just be exposed
to the Shakespearean language and bring his work alive on the stage. There’s nothing quite like it.

I have been blessed to have been able to work on five productions with Brelby either on the production team or in the cast itself. It’s a lovely environment. You are always challenged to try new things, make new choices, and, most importantly, be yourself. You can never know what will happen unless you try.