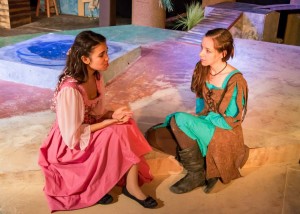 The oh-so Wonderful Life of Melissa

Preface: Melissa’s Brelby story is not so much comprised of events but more so the people brought into her life through this company. While she could tell you countless cringe-worthy and cute coma inducing memories, her story is about the love of her friends, some of which are not listed here. She still loves you. While she is in the spotlight of her own life, it is certainly not a one man show.
List of Characters 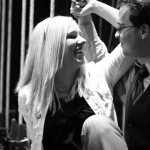 Shelby and Brian Maticic: The couple who founded the theatre family who strive to bring art to the valley. Cast Melissa in her first Brelby production of Through the Mist and encouraged her interest in costuming. They have given chances to actors who are often overlooked, and these opportunities are rare and invaluable. Shelby looks pretty in sweats, Brian rocks the occasional sheep suit. 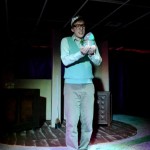 Mat Vansen: Brelby company member and film star. His comically apathetic demeanor never fails to brighten Melissa’s day, and has put up with more of Melissa’s crap than necessary. He has taught her that it’s ok to not have everything planned out, and you don’t have to have the answers to everything. Canadian.

David Magadan: Melissa’s sometimes antagonist. Straight forward and blunt, David is true to himself and lets others know when they have done wrong or good. One of Melissa’s favorite actors and improvers. Studies at GCU with her, and that’s where their friendship began. Melissa likes to believe that David joined Brelby after seeing her in a performance and wanted the honor to act with such a talented peer. We’ll just pretend this is true. 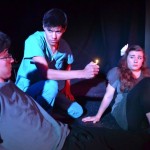 Jaren Navenma: Another Brelby company member. Confidante of Melissa and often accompanies her to the next door comic book shop. He is a kind, calculating soul that has shown her hard work is necessary to achieve what you want out of life. Major geek. Wonderful father. Tall, dark, and handsome. 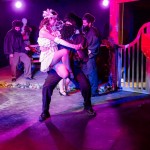 DJ Hall: Met Melissa in Brelby’s Love’s Labour’s Lost, and asked her to be his player 2 one month later. Melissa looks to him for encouragement during all of her company member duties. Gives Melissa the best hugs. He has taught her patience, trust, and how to be a Dragonborn. Her ultimate sidekick and best friend. She hopes he stays a character in her life for a long time. I guess in this instance, you could say love’s labour’s won.

We are all characters. Who will you be today?