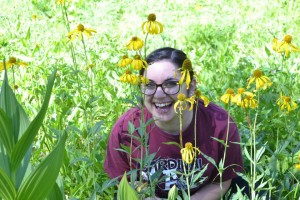 My Brelby story begins outside of a rehearsal room. As many theater stories do.

Back in February I began rehearsals for a show at ASU called Nation. After recently quitting my job and with the imminent threat of graduation looming over my head, it meant that I would be focusing all of my energies into it in order to keep my mind off of the aneurism that was bound to happen while I was trying to figure out what the heck to do with my life. The clock was ticking and I wouldn’t be able to hide behind school anymore. No school, no work, and no more show after this one so I better make it count. Needless to say, Brelby came into my life when I really needed it to. 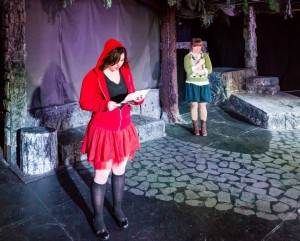 One rehearsal day, I was early, sitting outside the rehearsal room with my friend Heidi. We were discussing something nerdy (of course) like comic con or animes, when all of a sudden we heard Shelby (who was our stage manager at the time) pipe up from behind her computer. She mentioned a play that her theater company was doing over the summer that she said we would be a good fit for. A dungeons and dragons adventure filled with heart, snappy dialogue, and all of the combat. I was hooked from the moment she opened her mouth. With a sign of interest, Shelby promptly (like she always does; very efficient, this woman) invited me to the Facebook page, set me up with all of their information, and gave me a copy of the play to read before the audition.

After my initial reading of the play, I honestly knew what character I’d be cast as (if I were lucky enough to be cast). I know my type and I know my strengths as an actor and boy, Lilith fit me like a glove. As I began realizing this, I became more and more nervous. Although I loved the play and I enjoyed the character, I had my concerns about a particular scene. SPOILER ALERT: Lilith was a closeted lesbian and there is a moment when the protagonist, Agnes, walks in on the dungeons and dragons version of her recently deceased sister, Tilly, making out with my character. I know this sounds confusing, and the show is a bit of a doosy to explain but just go along with it. To be frank, I almost turned down the role because of this. What a HUGE mistake that would have been.

As you can probably guess, I was offered the role. As I was debating, there was something in me that kept pushing to do it. I wasn’t entirely sure what it was at the time, but I just knew that I really wanted to be a part of this production. Before I accepted the role I spoke with a few people about my concerns and I approached Shelby directly, informing her about the situation. She basically told me that they wanted me in the part and would be willing to work with me and make sure that I wouldn’t do anything that I didn’t want to or weren’t comfortable with.

That kind of got me. 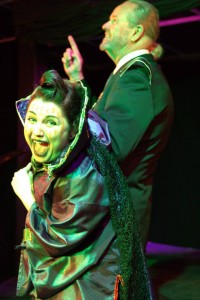 Here were these people who wanted me as a part of their production badly enough, that they would be willing to work with me in order to fit my needs. And although Brian and Shelby would probably say that it was no big deal, it meant a lot to me. It was then that I knew that I would be fine. That these people would respect me, care about me, and make me feel safe.

From the very beginning of the rehearsal process, I knew this production would be something special. That it was going to be incredible. That it was important. I was not wrong. Very few times do you encounter true magic in the theater. She Kills Monsters was one of those times. Everything fit into place so perfectly. So beautifully. Everyone melded together and there were barely any speed bumps along the way; which, if you’ve ever worked on a theater production, you would know that that never happens.

And so…the rest is history. Although it was this specific show that got me hooked to Brelby in the first place, it isn’t necessarily what keeps me coming back. I just closed my second main stage, am currently working on the Miscast Concert, am looking forward to being a part of the crew for the Christmas show, and then will help kick off the 2015 season where I will be trying my hand at stage managing. What can I say? I’m addicted.

Like a lot of these other blogs have already claimed, Brelby is a home. It is a safe place for artists to gather and to create. It is a place of learning and a place for developing new skills. It is a place that fosters creativity and encourages your input. From the moment I stepped foot into the Brelby studio, I was met with open arms. I have never been somewhere that was more welcoming, enthusiastic, and accepting. Never in my life have I encountered a place where I so immediately felt like I belonged. A place where I could come as I am and not be judged or criticized for it. Whoever you are, wherever you come from, you are welcome.

At Brelby, you are valued.

At Brelby, you are important.

At Brelby, you are wanted.