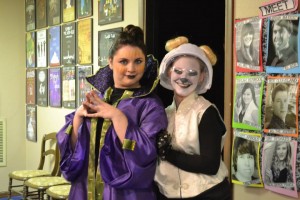 I can’t tell you how many times I have been told: “Don’t over- think it, Niki.”

I remember when I first began acting. I had grown up set on being a doctor. Everything was decided. But I loved story- telling and the idea of jumping into someone else’s life. In elementary school, I started to realized I didn’t want to be a doctor, but I couldn’t admit it yet.

My first big dream was to be a singer. So, I got a karaoke machine, sang every day, and tried to start my own band. Ah, little Niki….. So cute. Well, the first time I sang for anyone, I was blantantly told I was awful. So, unfortunately, without thinking twice, I decided to stop trying to be a singer.

When I got into middle school, I was obsessed with making movies with my friends. I even began my own webshow…. Yes, all evidence of that has been carefully wiped out of existance. But I started to like the idea of acting. 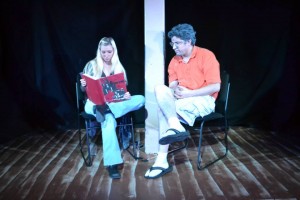 My first auditions were train wrecks. I wrote my own monologue, choreographed a dance to a Ke$ha song with no dance training, and sang with no real training…. A lot of bad decisions. Looking back, though, it was a good decison. It gave me somewhere to start.

In eighth grade I decided to join drama club and audition for everyone. I chose a Shakespeare monologue from Romeo and Juliet…. I don’t need to explain why that was a very gutsy choice. But for the amount of training I had, and the amount of training everyone in the room had, I nailed it. Everyone in the room grew quiet, shocked and then applauded. That was a big deal, because I was bullied in school. Most of the people in the room didn’t like me.  So, it meant a lot to me. My teacher pulled me aside and offered for me to be the dead of drama club.

This gave me the confidence to act in high school. I soon learned I needed to act and dance as well. I was extremely nervous. I started later than everyone else. I hadn’t been in shows and danced and sang since I was a little girl. No, I was the nerdy girl, teacher’s pet, whom spent her time reading+writing, dreaming about medical school. How was I supposed to make it as an artist? I decided to go for it anyway.

My first audition for a real play in high school was presented to me a couple months before my sophomore year. I almost didn’t go to the audition. I didn’t think I would ever get. But after over- thinking it, and freaking out, I went for it. I was cast in my first show at Creative Stages Youth Theatre. 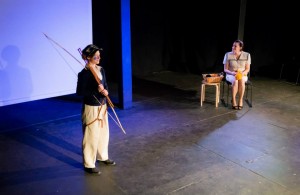 I stayed with CSYT for a year. I went through a lot of rough changes in my life. I don’t need to go into details, but my life was shaken off it’s hinges. A few months later, my theatre shut down. What now?

I started looking for auditions again. I found two. One was for Brelby Theatre Company, and the other was for a different theatre. I went to both auditions and received a callback for both. The only problem? The callbacks were the same day, at the exact same time. I had to choose.

And here it is, folks, the most important decision I have ever made in my life. I deliberated this for hours. I must have known, somewhere in my heart, that this would determine the rest of my life. Of course, as I was freaking out, somebody told me, “It’s just a callback. Don’t over- think it, Niki.”

My favorite Brelby memory was probably that callback. I’d love to tell you it went smoothly, but it did not. During an improv scene, I thought Colleen Carnahan was trying to pick me up. So, to help her out, I jumped into her arms. We both almost went down and had to stop the scene. The two of us left thinking we would never be cast. Later, that day, I found out I was cast as Darling in Telemachus, Darling and Colleen was cast as my mother. I have stayed at Brelby ever since. To this day, Colleen still has a scar on her knee from that day. This is my favorite Brelby memory, not because this was the best day, but because if it wasn’t for this day, all of the truly wonderful memories I’ve had at Brelby since would have never happened.

Throughout my time at Brelby, I have struggled a lot in my personal life. But my Brelby family has been there for me every step of the way. we have laughed, cried, and performed together. The bond I have found in Brelby is stronger than anything I have ever seen in my life.

Brian and Shelby have taken me into there home, as well as several other wayward Brelby actors. They have taken me under their wing and changed my life. I am so thankful for them and where life has led me. Life is all about decisions, and somewhere down the road, no matter how messy it felt at the time, I ended up making the right ones. I found the path to my home. At Brelby, even if you take the wrong step, or make the wrong decision, our Brelby family is here for you.

I love all of you guys. Thank you for being there for me.