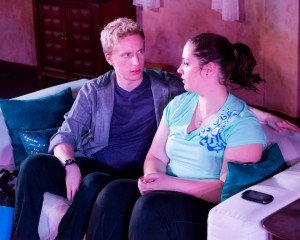 My name is Mat Vansen. It’s not yet strewn in lights or shining on the silver screen, but it’s mine… Sort of.

When I first arrived at Brelby I was coming from a three year hiatus from theatre. Bad experiences and negativity had lead me to leave my pursuit of theatre and instead focus strictly on film. I’ve been relatively successful and still continue to take steps to further that career, but it was never bringing me to what I’ve truly been searching for in life; a home. 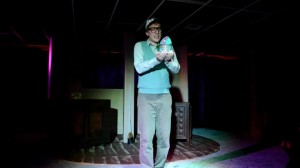 I was taking classes at Actor’s Workhouse in Phoenix with one of my close friends Tati Gil. She had been cast in a couple of shows at Brelby and I had not yet had the chance to see her perform, that is until Through The Mist. From the moment the lights went down and the cast walked on stage I knew I wanted to be a part of this magical place. The very next chance I got I submitted myself for last year’s winter auditions and was cast in both The Kill/Collapse and Be a Good Little Widow.

I’m gonna be honest and say that I had no anticipation of being cast. I walked into the first audition and fumbled through my audition and knew for certain I would have to wait for the next round. Low and behold it lead to the first of many opportunities at Brelby I would have never had anywhere else.

That’s the thing about this place. Brian and Shelby don’t discount someone because the 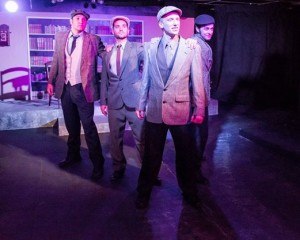 y are new or inexperienced or because they don’t know who they are like other theatres might. This theatre welcomes everyone with open arms and allows everyone involved to create bonds with each other that personally I’ve never seen anything like anywhere else in my entire life.

For the first time I’ve felt a genuine connection to people and I’m not afraid they’ll leave me for any reason whatsoever. Not only am I continuously working towards my goals but I’m finally in a place that, even on my darkest days, I know someone still cares. It doesn’t matter how Canadian (or not) I am, how vegetarian, or anxious, or sad, or happy, or any other odd circumstance I may bring that day. Brelby is my family and I know through thick and thin we’ll always stick together. (Ugh Emotions)

I’ll end by stating that I had every intention of leaving Phoenix and moving back to Los Angeles this past April to resume perusing film out there. I’m now a Company member here at Brelby who has returned to school to complete my degree in theatre. That’s how powerful these bonds are, and how important Brelby can be in someone’s life. That’s how powerful a family can be in someone’s life.