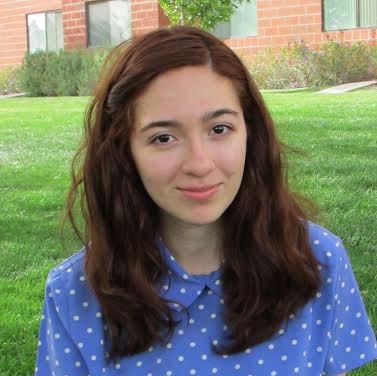 March 2014: I muster up the courage to audition for a show outside of the educational setting for the very first time. Living and going to school just 10 minutes away, I had heard of Brelby Theatre Company over and over again. A few people I had gone to college with had already worked with this mysterious theatre company in Glendale, and I was nothing short of intrigued. The first show I had the pleasure of seeing was Through the Mist, an original musical, which ran sometime in late 2013. After that, I saw every show, until the day I finally decided to sign up for auditions.

I saw the post for auditions for two of their summer shows: Rumplestiltskin’s Fire and She Kills Monsters. Walking in to the audition, I was almost sure I was going to suck and that I wouldn’t be offered to attend callbacks, much less be offered a role. To my surprise, I was invited to attend callbacks for She Kills Monsters. I had absolutely no idea what to expect at these callbacks, especially since we were told to wear clothes we could move in. Although I was nervous as all hell, I still felt pretty comfortable being in that room with all those talented individuals. Some of who had way more acting experience than I did. One thing that I still vividly remember from those callbacks, is when Brian had all the actors dance as dorkily as possible to Happy by Pharrell. It was probably the most ridiculous thing I had done in a callback, but so much fun!

A few days later, I checked my email (after checking it many times) and there is was, an email from Brelby, offering me the role of Farrah the Fairy. This role was nothing like anything I had ever played before.  First and foremost, this role required me to say some really fun words that would never be allowed on my college’s stage. Secondly, I had the opportunity to do some really awesome stage combat for the first time ever. If you haven’t noticed yet, I love stage combat!!!! Let’s just say, that is one of the main reasons why they haven’t been able to get rid of me. (MUAHAHAHAHA!)

If you have read any of the other “My Brelby Story” blogs, you’ll see over and over again about how awesome it is to be an artist at Brelby. I am just going to go ahead and agree with it all. Brian, Shelby, and everyone who works at Brelby, are some of the most easy to work with and welcoming theatre people I have ever had the pleasure of collaborating with. Yes, we are small, scrappy, and do shows no one has ever heard of, but that only adds to how fulfilling it is to be able to get the chance to work at Brelby. I am so lucky to have this Theatre and all the people associated with it in my life!