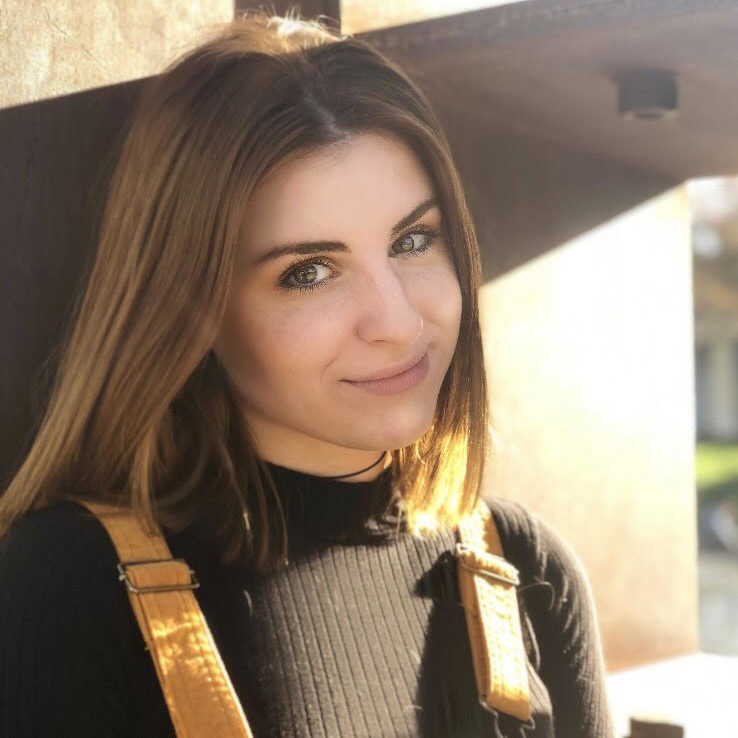 I found Brelby through my boyfriend (and actor), Jack Taylor! Specifically, we were backstage at Arizona Broadway Theater for a performance for our singing and dancing performance group at the time. He found out they were doing Heathers the Musical, and immediately insisted we audition.  New theaters, auditions, and new people made me a bit nervous, but I sent a video submission in anyway. Upon arriving at the theater for callbacks, my nerves felt at ease. The environment was so warm and welcoming, even with all of the nervousness involved.

Through the rehearsal process of Heathers, so many bonds had been created. Whether it was the cast, crew, or directing team, the support was non-stop. From Amanda (Heather Mac) always making sure the tag on my dress wasn’t sticking out before “Big Fun”, to joking around outside before a show with the cast. A family was formed throughout the run of this show, which is what made me stay. Also, the beautiful cue to cue tech day potlucks. After Heathers, Jack and I performed in Brelby’s final Miscast Cabaret. The trust and belief my directors had in me gave me so much confidence, which I really needed.

After that, I had the opportunity to choreograph their production of Big Fish. This was a push for me, and even though I was a nervous wreck, the support and encouragement remained endless. Most recently, I had the most wonderful opportunity to play Gretchen/Agnes in Jasper In Deadland, alongside Jack as Jasper.
Yet again, another push for me!
My first lead in a full-length musical.
Again, the support remained from every single person, creating another lovely family. There was never a time I didn’t feel appreciated.

When we’re not on stage, I love getting to come see Brelby’s productions. Whether we’re on stage or off, the welcoming atmosphere is always there. The people here at Brelby are all so incredibly selfless, and so hardworking. Everyone is dedicated to their craft, and it shows. The people involved here at Brelby are what keep me excitedly coming back. The sense of being a family, the feeling of being welcomed and accepted no matter what, and the inspiration to create. A nurturing and encouraging environment to grow, learn, experiment, and experience. Their tagline, “Imagine, Create, Inspire” most definitely holds true, no matter the circumstance. I look forward to continuing to create with Brelby and everyone involved, and all of the experiences to come! After catching their upcoming production of Luna and Solis by Brian Maticic, come check out the world premiere of Marie’s Reverie written by Shelby Elise Maticic! A magical time is sure to be had by everyone!