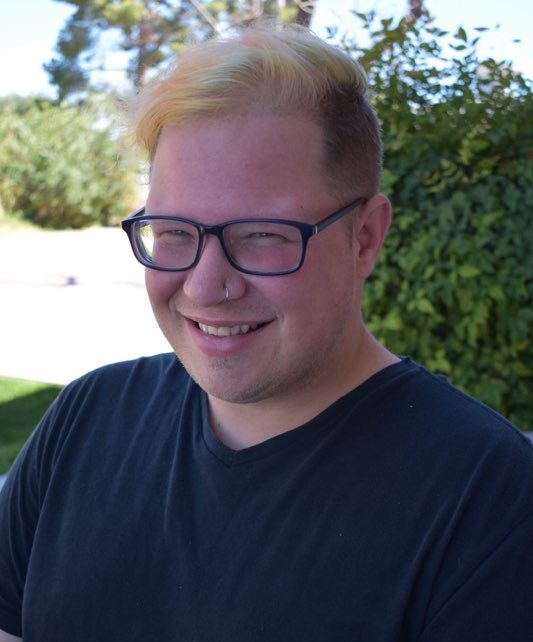 My Brelby story began before I ever set foot inside the theatre. My friend David Samson was leaving for AMDA, and it was there I officially met Shelby Maticic. (Apparently, we had met after seeing Green Day’s American Idiot at Stray Cat Theatre, but that show pretty much puts me in a state of euphoria, and I don’t remember this. But I digress.) Shortly after this, I learned Brelby was doing The 25th Annual Putnam County Spelling Bee, a show I’d dreamed of doing, but never thought I would do. I was relatively new to the Phoenix theatre scene, having taken a 16 year hiatus, but had finished my first show AZ (Now. Here. This. with A/C Theatre Company). I decided to dive in, thinking the worst that could happen is I don’t get cast.

If you’ve read the Brelby blogathon for the last couple of years, you know what happened: I got cast, had a ball, found my people, and Brelby hasn’t been able to get rid of me since! BUT, when I showed up in that audition room, I never could have imagined how far I would push myself creatively. Since riffing my way into the cast of Putnam, I’ve taken on some of the most challenging acting roles of my life, as well as pushed myself to try hair and makeup design, sound design, dabbled in writing a one act, and directed a short! I’m forever grateful to my Brelby family for taking a chance on me, and helping me become the performer I am today.