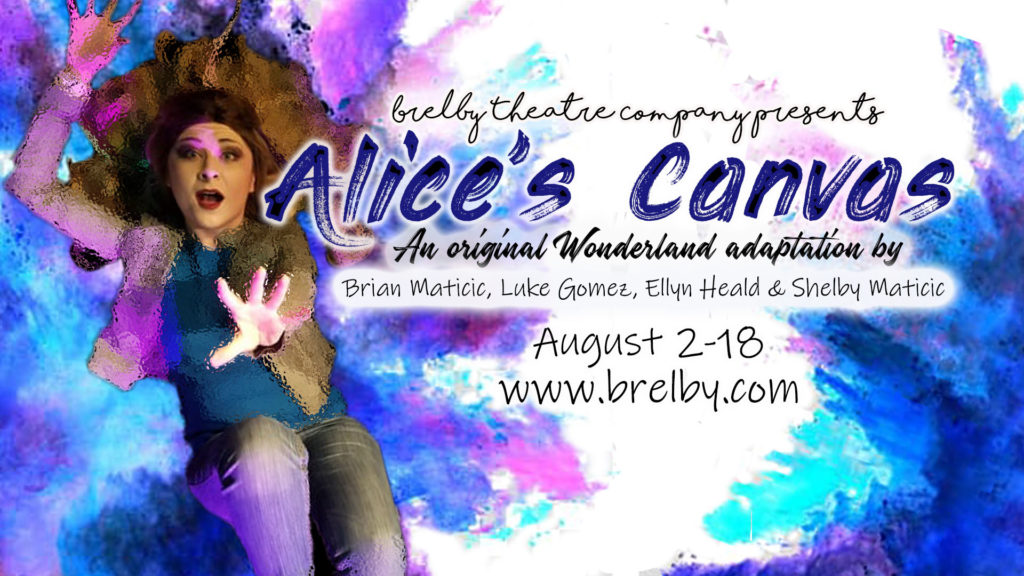 In our latest blog series, ‘Painting the Picture’, we meet the team that is bringing Alice’s Canvas to life. In this unique spin on the classic Wonderland tale, Alice is an art student about to graduate. When the subject of her final exhibition piece disappears, she finds herself chasing him into a world of her own making, infused with classic art references and fantastical characters.

We sat down for a brief Q & A with Helen Morris and Cameron Bloom, portraying Alice and the White Knight, respectively. 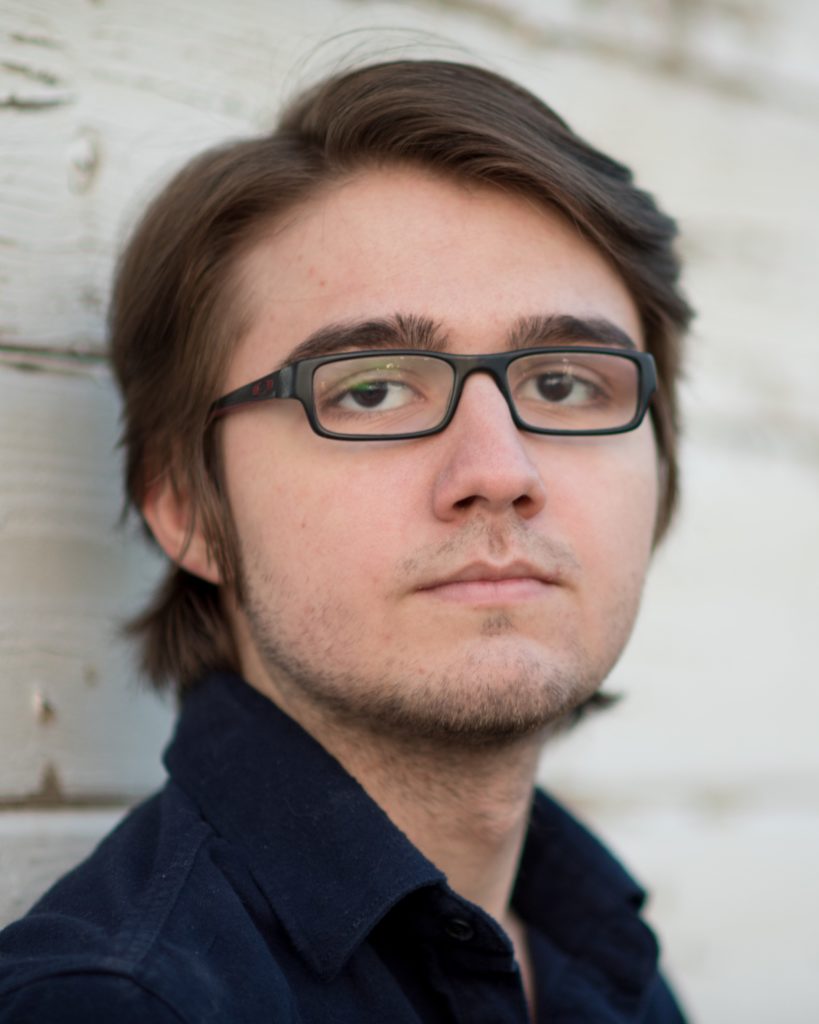 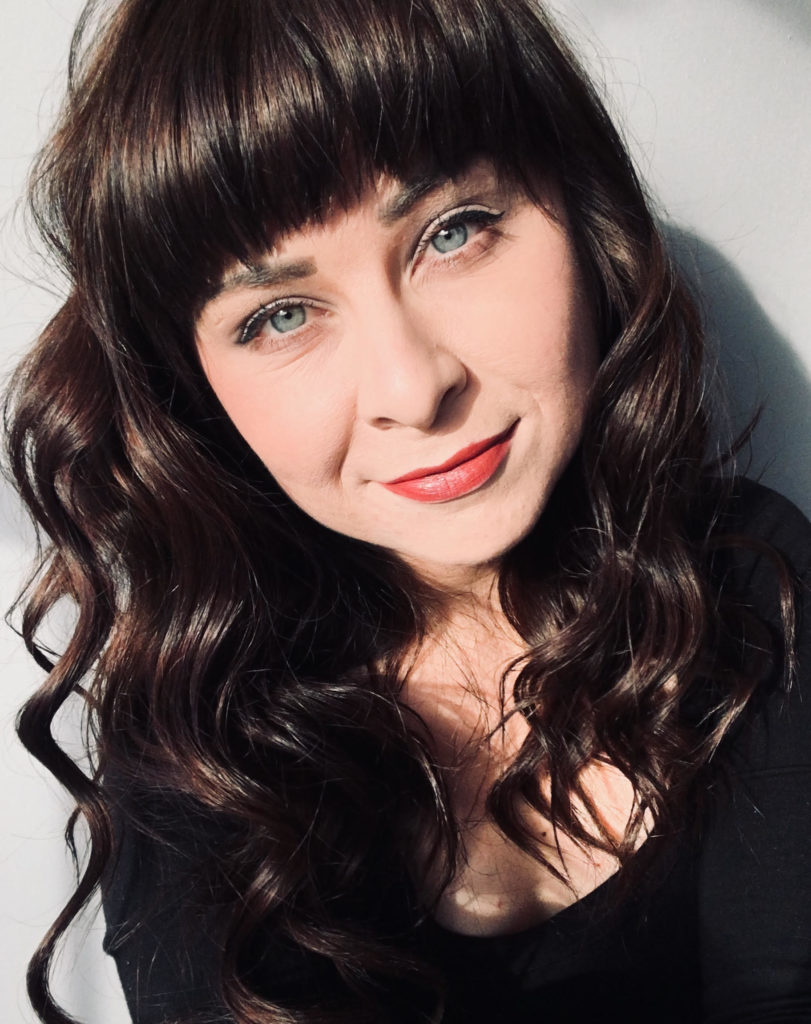 Helen: Cam! Wonderland’s loyal White Knight. It has been such a blast to be working alongside you in Alice’s Canvas and I am so excited to be chatting with you a little bit more about our production. 🙂 So tell me, what drew you in to audition for this show?

Cam: Helen! Our amazing and talented Alice! I can say the same about you! Working with you on this show has been an amazing experience! I believe what drew me to audition for this show was my desire to act again. To be back in that world and really take my passion where it needed to go. It had been almost 5 years since my last major production and I needed to feel that again. I needed to pursue what makes me happy and acting is by far one of the most important things to me. What about you? What really brought you in to go for this role?

Helen: That is so great. You’re definitely a natural on stage, so it doesn’t seem like it has been five years since your last major show! As for me, I was lucky enough to start working with Brelby music directing Jasper in Deadland. The whole experience was so lovely. So that, partnered with the fact I hadn’t done a straight play in about a year, really motivated me to go for it. I loved Brelby and I loved the whole concept of the show. I would have been happy if I were a blade of grass in Wonderland, but Alice has been such a phenomenal journey to dive into. What about your role? What have you experienced during your journey as the White Knight?

Cam: Thank you! You fit the role so well, and seeing your dedication shows how exciting this show is for you. For the role of the White Knight I’ve come to realize how important the role is to me. Being that defender at all costs, being the “good guy” is something that I usually don’t get cast as, so finally getting the opportunity to play a role like that really showed me that I’m capable of being the good guy for once. I find that me and the White Knight are similar in our ideals so stepping into the character really hasn’t been difficult, I just channel that part of my personality, add an accent to it and there you have the White Knight. Tell me your side, Have you discovered anything about yourself as you began to connect with the character?

Helen: Well, like you, I am typically not cast in Heroine-like roles. I usually am cast as the comedic relief, or very neurotic roles, which are also fun (haha), just very different. So channeling the bravery, and the fight, and the drive of Alice has been extremely exciting, but also a big challenge. It takes a lot of searching for that confidence and bravery in myself, which does not come naturally for me. I’m very thankful to Alice for bringing that out. It helps that there are a lot of very exciting effects to aid in the process though. Haha. This production is very visual and involves a lot of action. What are you most excited for the audience to see? No spoilers! 😉

Helen: As for your question, I want the audience to know that this adaptation of Alice in Wonderland is  going to be unlike anything they’ve experienced, in all the best ways possible. Get ready to fall in love with all your favorite characters but for reasons you might not expect. I’m also really excited for the audience to see all the imagery of the show. Wonderland is such a visual, immersive place, and I think everything works together so beautifully that the audience will truly feel like they are in a whole different world with us, like an eclectic art gallery. There are so many different types of art depicted in this production. Which style is your favorite and why?

Cam: This is definitely one of the tougher questions I’ve asked myself as production has gone on. If I were to answer this back when we first started I would’ve stated Street Art, but as I’ve gone through and done my research on the many different styles represented here my views have changed a bit. The White Knight is represented by expressionism, now that’s not why it’s my favorite but that is where most of my research was spent so that is a part. Learning the history of expressionism and how it came about as almost a revolution against impressionism is fascinating. Something about an artform that is so grounded in both the imagery and the emotion present really draws me in, and routes those emotions out of me in ways I couldn’t have imagined. It really is beautiful and something I hope the audience can pull from this show. Finding the form of art that they feel speaks to them and maybe doing their own study on it, just knowing we are exposing these forms of art to people is such a great feeling. With Alice needing to have expertise in all these styles, do you think there is one that fits her the most? Is there one that you feel speaks to not just your character but you?

Helen: I’m going to try not to spoil anything, haha, I actually have thought about this a lot. I feel like Alice and I are incredibly similar, so this answer is for both of us, I truly don’t think any one art movement fits us more than another. Alice primarily paints still lifes, a style that spans over the course of centuries; from ancient art, to the renaissance, to modern, to contemporary. I don’t think it’s a coincidence that this style has actually been quoted by artist Edouard Manet as being “the touchstone of painting.” And with the term touchstone often referring to being the standard in which something is judged, it makes sense for her to experience the harsh critique she receives, most notably from herself. I harshly critique and judge myself in the exact same way Alice does, so I can only imagine I would paint in the exact same way she does. Okay! Let’s do a real quick lightning round of get-to-know you questions! What is your dream theatre role?

Cam: Dream role? That would have to be Clyde Barrow from Bonnie and Clyde the Musical! What would be yours?

Helen: Hands down, Girl in Once. What is a hobby of yours that doesn’t involve theatre?

Cam: I recently starting playing music again so I’d say that and writing random stories are the few hobbies I have that don’t involve theatre. If you had to pick one story that doesn’t have a theatre adaptation what would it be? Would you make it a straight play or a musical?

Helen: Where the Sidewalk Ends – (the poetry book by Shel Silverstein) in a musical. Only 31 more years until it’s public domain. I check. OFTEN. Haha. Where is your favorite place in the valley to hangout?

Cam: Besides my apartment? Haha. I’m not much of a crowd person so I like quiet places. Book stores, comic book shops and record stores are typically where I’m found. A specific spot would be Drawn to Comics in Downtown Glendale! What is your favorite genre of music and your favorite band in that genre?

Helen: I love the whole singer/songwriter, folksy, acoustic genre.. Lately I’ve been throwing it back and listening to a lot of The Civil Wars, so they are probably my faves right now. If your life were made into a movie, what actor would you want to play the role of you? 🙂

Cam: I like to think I’m a combination of Jay Baruchel and Michael Cera (I know, that makes the ideal human being haha) so I’d say either of them would work really well. Is there a fictional character from television or movies that you feel you can relate to the most?

Helen: Depending on the day, I’m either Liz Lemon from 30 Rock or Jessica Day from New Girl. Like 150 percent one or the other, no in between. Haha. What piece of advice are you taking from Alice’s Canvas with you after this show?

Cam: To stand strong in the face of adversity, and to not let the weight of your fears and doubts stop you from pushing forward and doing what’s right. Similar question to yours, is there a message or moral you want an audience member to carry with them after seeing the show?

Helen: That “great things are done by a series of small things brought together.” Like Alice experiences small victories in pursuit of a bigger purpose, we need to make sure we give credit to our small victories for what they are regardless of size – victories! One last fun show question, would you rather attend Hatter’s tea party, or spend a day with the Tweedles? 🙂

Cam: I would much rather spend my time attending the tea party, I think the Tweedles by themselves would be far too much for me to handle on my own. I’d need more crazy to balance out their crazy! Where would you rather spend the day?

Helen: Definitely the tea party – everyone would be there, a cup of tea makes everything better, and the Hatter is totally bonkers – which all the best people are. 😉

Thank you to Helen and Cam for taking the time to chat. Tickets are on sale now for Alice’s Canvas, performing Aug 2-18. Click the link below to purchase yours! 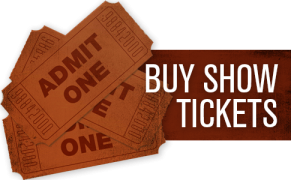