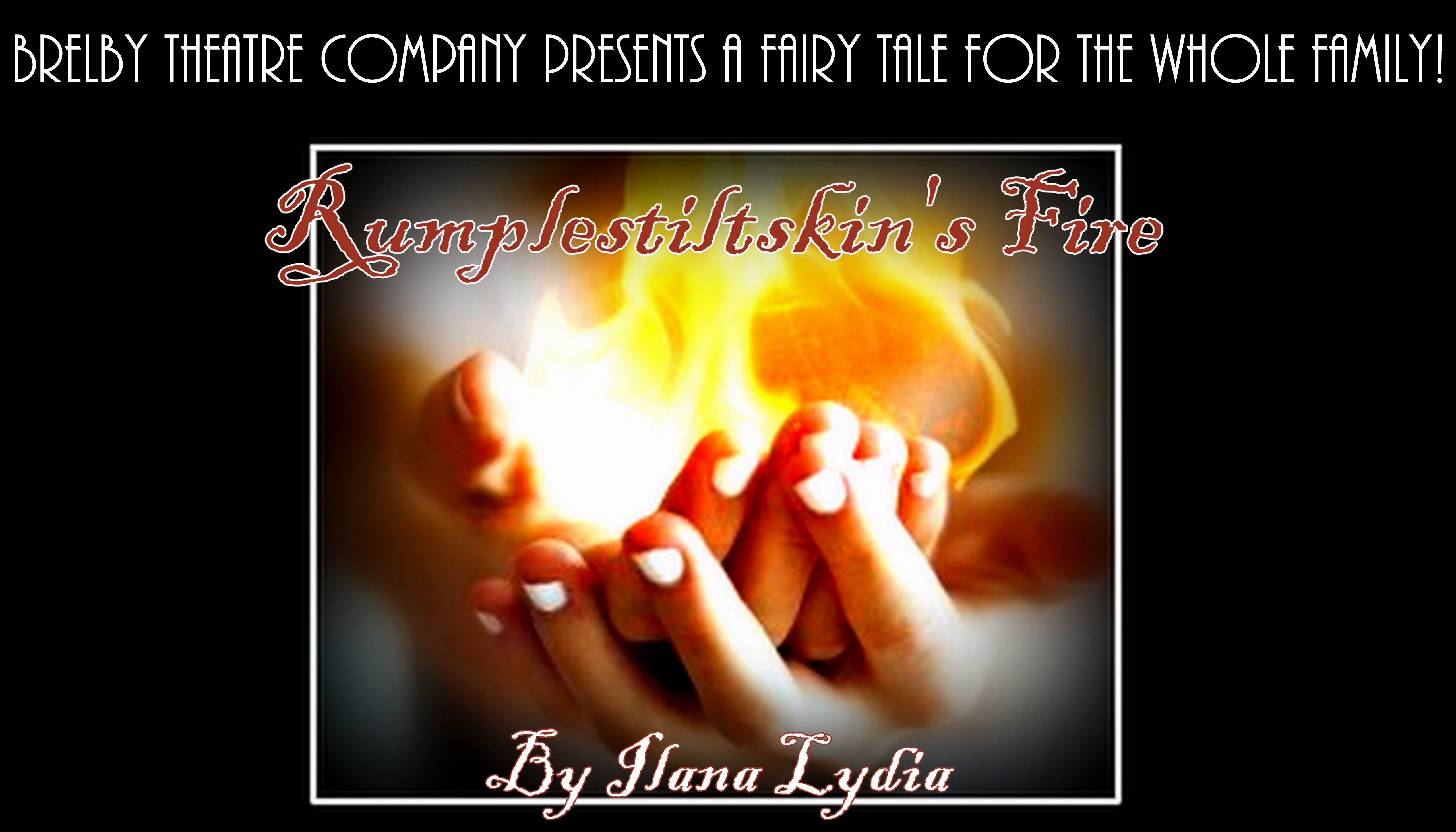 Ilana Lydia’s family friendly fairy tale, “Rumplestiltskin’s Fire” opens this week at the Brelby Studio. Collaborative artist, April Rideout, set out to ask her some questions about the show and her role as the playwright of the piece.
Which of the three tales that Rumplestliltskin tells the Hand Maiden are you able to relate to the most?
The first tale is of a Girl Child who is looking for a way to keep her mother from dying, but she gets manipulated by the trickster figure and the mother dies anyway.  When I wrote the play I had recently lost my own mother.  It’s not a perfect match, but I think there was a reason why it was a Girl Child protagonist and the Mother who died.
What has been your favorite part of the process writing Rumplestliltskin’s Fire?
My favorite way to write is when I can hear the patter of the dialogue in my head, and because there’s some verse used in the play it really did write itself.  I may have assembled the characters and worked in a plot point or two, but really it was just like recess.  I remember spinning around on my office chair, typing a line every time it slowed down enough to do so.
Where did the basis for the three new stories in Rumplestliltskin’s Fire come from?
I honestly don’t know.  I’d like to say that I had a solid plan going in, but that would be a lie.  I suppose I was looking for contrasting characters and a progressively tighter through line.  I knew the Girl Child from the first story would be unlike the Glutton or the Lover in the second.  The character Rumplestiltskin himself grounds the three stories.  Interestingly, there was no mention of these stories or characters in the source material.  The only detail from there that made a splash was the very end. Rumplestiltskin has a very unusual fate, and I was delighted to refer to it in our play.
Which character was the most entertaining to write about?
The Glutton was my very favorite.  It’s so much fun to come up with bigger, better, and more outrageous dishes for him to consume.  I’m also a real fan of the Sad Jester.  I think if I had the opportunity to play any part, I’d take him.  No lines (a plus), but still a pretty significant part of the puzzle.  And who wouldn’t want a jingle stick to work with?  Score!
What do you enjoy the most about seeing your original work come to life on the stage?
The first performance of this piece was inspired by a couple of close friends, a director and costume designer.  I wrote sections just for them, like the bit of business the Boy has when his body’s being turned every which way in the second story, or the Parade of Influences just before the third story which called for a lot of quick, abbreviated costuming to make it work.  The reason why I’m so grateful that Brelby is putting on the show is that they’ve done dynamite work with period stylized language, as with The Importance of Being Earnest.  I’ve never heard a clearer, more motivated Wilde piece, and that’s just an amazing achievement.  So I hope to be able to hear the verse elements of Rumplestiltskin’s Fire in a new way.
Be sure to catch “Rumplestiltskin’s Fire,” performing May 29-June 1st.
Purchase Tickets Here