At this point, there is makeup embedded in my skin and I just don’t think it’s ever going to come out. Just in time for Halloween, I am part human, part Ben Nye Final Matte Sealer, all Makeup Artist.

Seriously. It’s under my nails and embedded in my fingerprints and The Age of Eibhleann hasn’t even opened yet. While my primary role right now is makeup artist, I’ve had the distinct pleasure to be a writer and assistant to the lighting designer, in addition to helping craft costumes, work backstage crew, and as per usual boss everyone around in my natural persona (I could say that once you’re a Stage Manager that inclination just never goes away, but I’m probably just a control freak). Creating The Age of Eibhleann  has pushed me in so many different directions in such a short amount of time, it’s been such a whirlwind and I can’t believe we’re here at opening night, finally and yet so quickly. 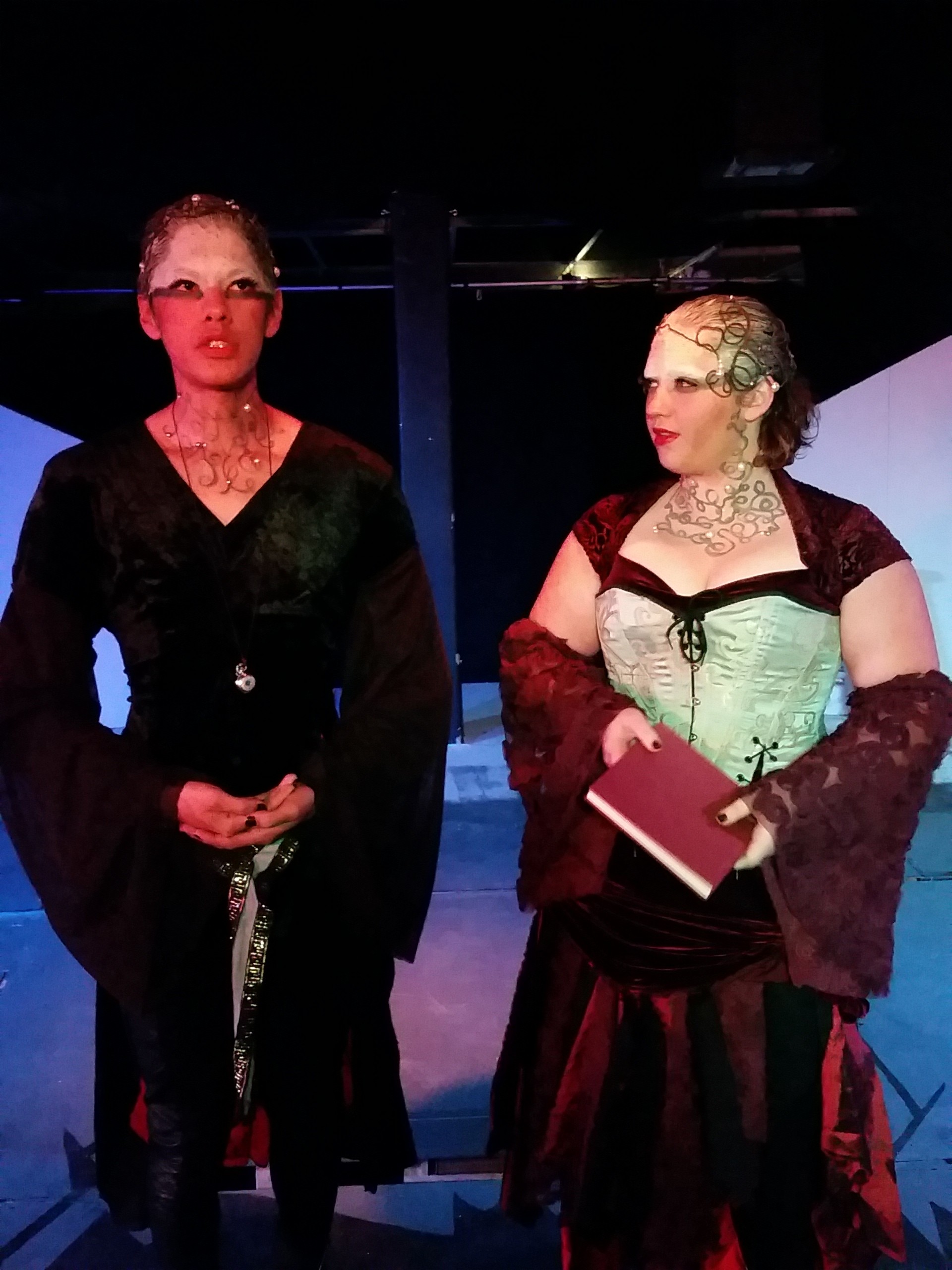 I’ve worn so many different hats during this process, there are so many things that I could talk about. I could talk about how my first time writing a full-length show with 7 other writers was simultaneously the most interesting and frustrating thing I’ve experienced to date. Early on in our writing circle, I identified the writers whose ideas aligned with mine and those who I knew would make me go insane with the plots they were adding and the characters they were developing. The show you’re going to watch is not the show I would have written on my own, which is the whole point. From the first round of our Microscope Session, I realized I would need to fight the urge to be horrified or overjoyed at any one else’s suggestions because there was no guarantee that any of them would last through to the next round. It was an exercise in patience for me, but also in opening my mind to writing a story that took turns I’d never have dreamed up on my own. Breaking off into partners and writing with Mat and Devon was my favorite part.

I could talk about our first production meeting where everyone shared their ideas, and Brian and Shelby presented their concepts and desires for the media they wanted to use to help us build these worlds. The energy in the room was infectious and we all realized this show was not only not going to be a typical stripped down studio show, but would force us all to step it up creatively. We’re the Brelby Ensemble. It’s our responsibility to continue pushing the art this Theatre produces forward. Looking around at everyone nerding out over the kinds of things we were able to dream up for this show was my favorite part.

I could also talk about how closely I worked with Melody K. to create the characters through our designs in costumes, hair and makeup. Early on, we decided to keep in close contact with each other to make sure our designs were working together and not competing to create whole characters that looked and felt authentic. I had lots of ideas that could have gone in so many directions and for so many of the characters and she had some very specific design ideas that really helped me figure out where all the random paint and pearls should go. Collaborating with her to create such beautiful and interesting characters has been my favorite part. 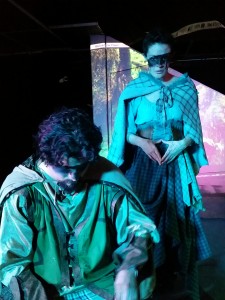 I could talk about how much it pains me to not be the Stage Manager in a show. I take to it pretty naturally; I’m very organized and usually the loudest person in the room, plus I am just so insanely jealous thinking about how much tech there is in this show and how difficult all the cues are and that I’m not there to push all the buttons. But watching Carolyn, who has been involved in theatre in some capacity for as long as she has, try her hand at stage managing for the first time, has been an absolute privilege and that she came to me for advice was such an honor. Seeing Jessie, our newest Company Member, just hop in and start getting things done like a boss was so reassuring. And having Zachary join our team again, is incredible. It’s so lovely to have someone who isn’t officially part of the Ensemble, but is reliable and competent and fun enough to handle being with our crazy group. Seeing the three of them get us ready for the show and sit in the booth every night has been my favorite part.

I could talk about how much fun I have watching the show in between quick changes and makeup fixes. Sneaking out to see how it’s all come together, all of the media and the lights that I watched Brian hang and focus, seeing the actors saying the lines that I wrote and wearing the makeup that I’ve designed and forced them to wear, and watching them embody these characters and embrace this world we’ve all created has been my favorite part.

Spending all day and night for the last couple of weeks with some of the most creative, funny, friendly people I know, people who have turned into some of the best friends I’ve ever had, well, that’s been my favorite part.

The Age of Eibhleann opens tonight, Friday, October 30 and runs for three weeks. Make sure you get your tickets and then let me know what your favorite part was.