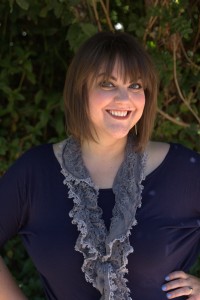 We produce so much here at Brelby. We are constantly working on show after show after show, and some of our Company Members and Collaborative Artists go back to back and transition seamlessly between performing, designing, directing, stage managing. We do it all. And we do it well. There are only a handful of shows I’ve been truly sad to let go of. It’s always hard to close a show, but by the time one closes I’ve usually got one foot into another show already so I’m ready to move on.

I learn a lot with every new role, every new challenge presented to me by a show, but some dig themselves into my heart and refuse to let go. She Kills Monsters was the first show that I saw everything theatre could be. Closing that show was devastatingly difficult. Fangirl was my first lead role and my first time designing. That show pushed me creatively beyond what I thought was possible. Windfall was so much more than I ever dreamed a role could be for me. Closing that show was really hard. And here we are now; closing weekend of After Hours at Rosie’s Pub and in the same breath preparing to move to a new location. This show has reaffirmed for me things I already knew to be true, but has made them all feel more important than ever. The power of female storytelling. The importance of female friendships. The necessity of equality. How easy it should be to listen to each other and really hear someone else’s experience especially when it’s different from ours. Closing this show will definitely leave a hole in my heart.

It’s weird to think that I’ve been working with Brelby for over 2 years now. It’s weird to think it’s only been a little over 2 years. The experiences I’ve had, lessons learned, friends made, have been so impactful. I feel like a different person entirely than I was when I first walked through the doors to callbacks for Oh, the Humanity! And I am. Before that day, I hadn’t done any performing in 10 years. I had no idea what “blocking” meant, I refused to say “thank you five” because I thought it was weird and didn’t understand how important it was. I hadn’t been singing. There was no where that I felt like myself, because I had no idea who that was anymore.

But I figured it out… I think. Or I am figuring it out. At Brelby, I am given the chance to learn. I watch my cast mates, I ask questions, I do things wrong, I try again, I try harder. I was given that opportunity at Brelby, as so many before and after me have. And once Rosie’s Pub closes, we’ll be going somewhere new. But the things we value, the opportunities we give to people, the chance to grow, to change, to evolve, that will go with us. Because it’s who we are.

These past 2 years have been a gift. I’m so grateful to that little storefront for everything and feeling #soblessed to be part of Brelby’s journey to, literally, bigger things. This is the last Sass & Stuff you’re going to get from our current location. Stick with us though, because we’re just getting started and I, personally, can’t wait.