Sea Fairies, the first Theatre for Young Audience’s production for Brelby’s 2016 season, is opening tomorrow – March 18th @ 5:00 pm! This show is filled with a lively cast of mermaids, sea creatures brought to life by puppetry, a curious girl, and a pirate with a peg leg in tow who take our young audience on a magical undersea adventure. The cast of Sea Fairies has sat down to answer a few questions to bring our readers up to date on how the rehearsal process went and their thoughts on opening the show in less than one day! 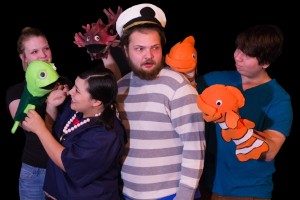 Brelby Buzz: What has been your favorite part of the rehearsal process?

Chavez Benally, Zog: My favorite part about all the rehearsals would have to be the cast bonding. I love working on a new show with people I hardly ever talked to and, now, have a chance to become friends and become a family within our show.

Chelsea Juaregui, Trot: Having all the puppets on stage! The show is cute on its own, but the puppets really bring to life a whole new level of entertainment.

Clayton Caufman, Cap’n Bill: My favorite part of the rehearsal process has been finding our characters. Watching everyone find what brings their character to life has been really fun.

India Chudnow, Merla: Well, I was inserted into the process late in the game. So far, the best thing about the rehearsal process is how welcoming everyone has been.

Juliet Wilkins, Queen Aquareine: I love finding hidden depths in my character. Being a mermaid Queen isn’t all tea parties and opening new undersea historical sights, you know. She’s got layers, and each run through is another opportunity to explore making her even more interesting for me to portray and (I hope) for audiences to watch.

Kayla Pechac, Clia: My favorite part of the rehearsal process has got to be the opportunity to watch as my cast mates develop each of their characters by trying out new voices and actions. It’s very entertaining!

Zachary Arnold, Puppeteer: My favorite part of the rehearsal process has been rehearsing with the puppets. They prototypes were very cute and fun to work with. Also, the inside joke ‘Don’t Kill Tinkerbell.’ 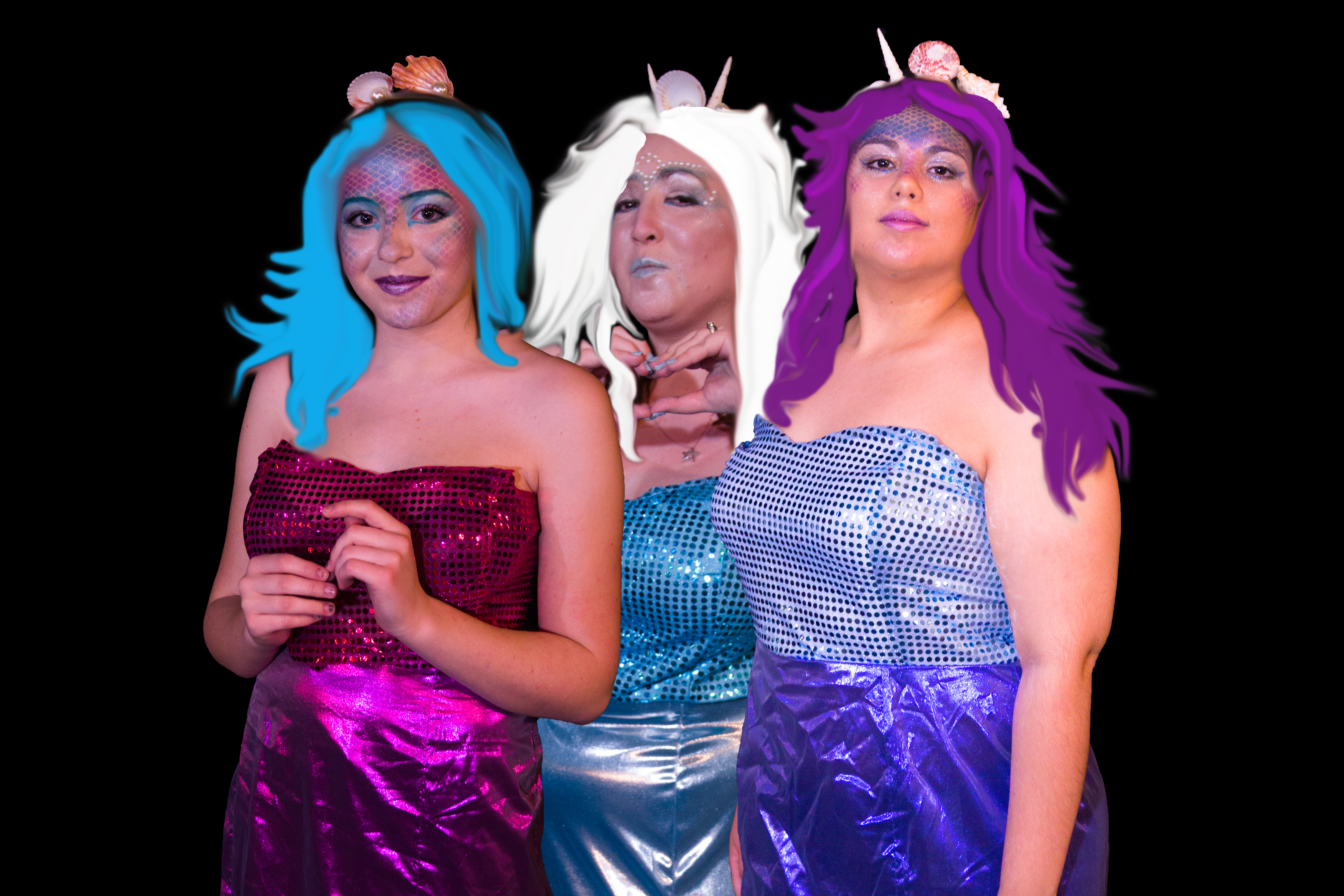 BB: What has been the most rewarding part about working on a production geared toward younger audiences?

CB: It really opens up my eyes to all the positive messages we should be sending out to kids. That every day is an opportunity to help a child grow in this world and really grow with a positive outlook.

CJ: Being able to play make believe with mermaids, turtles, clownfish and sea monsters. If I’m having this much fun, I can only imagine what the kids will think!

CC: I have had so much fun just being able to be silly and completely ridiculous.

IC: The most rewarding part is knowing that you don’t have to worry about being too serious and you can really have fun with the show.

JW: We adults forget sometimes how wonderful imagination is. This play is all about imagination and it’s fun to engage with that childhood sense of wonder. Anything and everything is possible when mermaids get involved, and it’s impossible to know what awaits beyond the next corner when you venture under the sea.

KP: The most rewarding part about working on a production geared toward younger audiences is the freedom to get lost in a fantasy world where my own imagination can run wild and have fun in this underwater adventure.

ZA: This show is pretty adorable so, it will be rewarding seeing the reactions from younger audience members.

BB: Sea Fairies is all about capturing the imagination of a young child on an undersea adventure. Briefly describe your own epic adventure or that of our main heroine, Trot, in 140 characters or less. Basically, give us a Tweet capturing this show!

CC: Deep within a mountain dwells a fearsome beast, a hero has arrived to slay it. He succeeded. PARTY! Call me Homer because this is epic.

JW: Getting chased by lobsters is a sure way to mess up a good hair day. It would’ve been fine if I hadn’t run into that wreck. Ruined my book too.

BB: What message would you like young audiences to take away from Sea Fairies?

CB: That all people and friends come in different shapes and sizes and that’s amazing!

CJ: That sometimes bad things happen but it’s okay because when we accept and move on from them, that’s when we grow.

CC: That being yourself is nothing to be ashamed of. You aren’t different, you are unique.

IC: There are plenty of lessons to be learned from Sea Fairies! From don’t talk to strangers to don’t be afraid to stand up to bullies! I think one of the most important is be a good friend.

JW: Courage and valor will accomplish a great deal, facing what we fear isn’t easy, but those are the moments we carry with us, and none of us journeys through life’s adventures alone.

KP: There are so many valuable lessons Sea Fairies can teach our younger audiences, but if there is just one thing that each child takes away with them, I hope it’s the importance of believing in yourself. Trot learns to overcome so much throughout the play once she realizes that courage involves believing that you can do anything, no matter how scary or low the chances of success are. I think that lesson right there is one so important that even adults could take a note or two!

Sea Fairies opens on Friday, March 18th and runs through May. Dates and times are listed below with plenty of options for families with early bedtimes. Tickets available now!