This Girl Writes
The Oz Chronicles
By Shelby Elise Maticic 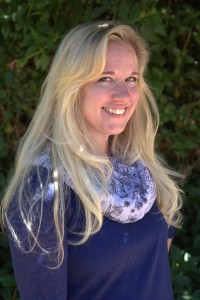 Which story impacted you the most as a child? Why did it leave a lasting impression? Did it help to determine the person you are today?

We have a tradition at Brelby, particularly for our larger shows, to begin our rehearsals by sharing something about ourselves. This tradition kicked off a few summers ago when we produced the AZ premiere of She Kills Monsters, and we were still a little bit unsure of what geek theatre was and how we were going to tackle it. Each cast member shared what they considered to be their fandom…or what they geeked out over the most. It helped us to find insight into one another and it strengthened us as an ensemble. For The Oz Chronicles, Brian asked our cast to use their turn to discuss a story from childhood that stuck with us, that helped to shape us. I always go last when we do these. Always. Because of this…I didn’t actually get the chance to take a turn. So now, I have the opportunity to touch on what I would have chosen.

I love to read. I read obsessively as a child. My parents could give me a book and then I’d be completely absorbed. We’re talking…dead to the outside world, can’t hear you call my name, absorbed. My sister, Tami, had a huge influence in helping me to develop my obsession with the fantasy and sci fi genre. Babysitting adventures introduced me to The Labyrinth, The Dark Crystal, and more as a kid. I also inherited her books…and that was when I discovered the Oz series. 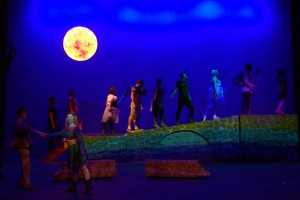 Most people jump to the 1939 film when you mention Dorothy and her adventures…but the full series by L. Frank Baum is so much more than that. It’s filled with adventures, heroines, magic, fantastical creatures and interesting ways of teaching morals. It has dark moments and incredibly odd storylines and memorable characters. In 1900 when Baum penned The Wonderful Wizard of Oz, he effectively created the first American fairy tale and developed an entirely new genre of stories. He studied the works of his predecessors, Hans Christian Anderson and the Brothers Grimm, allowing him to effectively draw on the elements that inspired him, while weaving in his own style. Essentially, Baum didn’t think that children needed to be terrified to take lessons away from fairy tales. As a result, he poured his energies into the characters that inhabited the world of Oz and allowed their adventures to help deliver the morals of his books. Oz has been a huge influence in my life. I even wrote my first graduate research paper about it. Here’s a little sample: 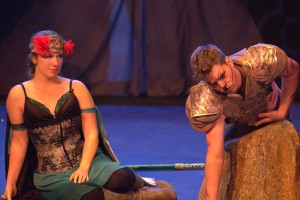 “There are parallels that have been suggested between The Wonderful Wizard of Oz, and the ideal of the American Dream. Perhaps the best way to uncover the roots of our society’s infatuation with Oz is to discover the core moral lessons that Baum was trying to teach American children through his stories. What did Dorothy ultimately ascertain by the end of her journeys? Sometimes the thing we seek most, the thing we think that we lack, is a thing that we already possess. Sometimes the problems that we think are unsolvable are actually easily dissolvable. When we think that we’ve exhausted all of our efforts finding our way to where we think we belong, we can discover that we are already home. Perhaps the reason that Baum’s adventures to Oz and back are so relatable, does not necessarily stem from the fantastical adventures that take place down the yellow brick road.” There was so much to explore in this series…I won’t bore you with the entire paper…but it certainly helped me to shape my approach to tackling this play. 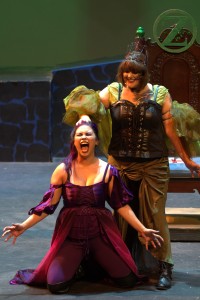 I’ve participated in several group writing projects at Brelby, but this is my very first time having a full length play produced. When tackling The Oz Chronicles, I wanted to capture the epic scale of the world of Oz. Truthfully, I never understood why the Oz series didn’t get the same sort of long term film series treatments that the Harry Potter series and the Chronicles of Narnia did. I always wanted to explore Oz further, and this felt like the season to try it. I decided that I didn’t want to try to do a retelling of the books themselves…I wanted to focus on the characters that I fell in love with, and give their story a continuation…with my own twists. I love surprises. I especially love them in plays…so I tried my best to layer in some strategic discoveries that our audience could experience along with our two mysteries in The Oz Chronicles, Boy and Girl.

Brelby is set up for new works development. We prepare our actors to expect rewrites throughout the rehearsal process. This mindset was so valuable to me as a solo playwright. I created the framework and initial script before casting, but once Brian and I pieced together the (rather large) puzzle of which actor belonged where…I had the freedom to cater the roles and dialogue to their strengths. It’s been fascinating to watch this cast research these roles (some of which are characters that not many audience members will be familiar with) and develop their relationships and backstories. I’m really honored to have had such a lovely group bring this show to life. From the talented cast to the insanely imaginative design team to the beautiful pictures that Brian has painted onstage, they’ve been the spark that brought Oz to life. My hope is that people will leave this show wanting to read the entire Oz series, and maybe fall in love with it the way that I did as a kid. 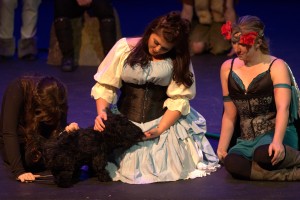 So which story shaped me as a child? It’s impossible to choose just one…but I find that I’ve been connecting with smart and adventurous characters all of my life. I was mostly influenced by Nancy Drew and her sharp mind, Meg Murry overcoming challenges to save her family (I still reread the entire A Wrinkle in Time series at least once a year), Princess Eilonwy traversing through Prydain, and Dorothy and Ozma’s fierce friendship. Oz has stuck with me. I’ll leave you with one final quote…from that paper. A springboard for this play.

“Before Tolkien forged the one true ring in Middle Earth, before the Pensieve children found their way through a wardrobe into the land of Narnia, and long before Harry Potter was accepted into Hogwarts School of Witchcraft and Wizardry, there was a little girl from Kansas named Dorothy.”