What’s in a Gender?

By Dan and Amanda Trombley

For this post, we wanted to try something different and have a shared dialogue about one of the more unique aspects of our production of The Tempest. We covered a lot of ground in last week’s posts (find Dan’s here & Amanda’s here), highlighting some of the themes we are focusing on and bringing in the idea of relevance and context to make the production relatable and important to our current time. Now, we want to talk about Shakespeare and gender. But before we get started, a quick history review: men were the only people acting on the public stage in Shakespeare’s times. All of Shakespeare’s female roles were written with the expectations that boys would play the roles. Ready? Let’s do this.

Dan: There is a common misconception that this practice in the professional theaters of South London during the late 16th and early 17th centuries was law. It was actually a social construct that was widely practiced. The role of women in society was in the domestic sphere, and they would occasionally participate in private theatrical ventures.

Amanda: What we are often seeing now because of the historical precedent set by the companies in early modern England are various experiments with gender bending in present day performance. For example, some directors will change the name of characters to fit a specific gender. Others, will choose to work with all female or all male casts to try to replicate or reverse the conditions in early modern England, still others completely cross cast having all female characters played by men and all male characters played by women.

Dan: When we began coming up with our concept and thinking about how to approach this production, we thought it was important to get away from all of those ideas. I know, if you’ve looked at our cast list you may be saying ‘wait a minute, you cast several females in male roles’ you’d be right! But we’ve approached the cross gender casting a bit differently.

Amanda: We like to think of it as gender neutralization. For this production, we aren’t as interested at looking at issues like transgender and transphobia. They are important issues but those themes were not ones we chose to explore in this production. We were more interested in a shared universal human experience, exploring the magic of forgiveness and storytelling, and of course creating a strong ensemble.

Dan: We also wanted to focus on the themes of power and patriarchy. We aren’t deconstructing it per say, but we are putting two women into the two most powerful figures of the play in terms of status: Prospero and Alonso.

Amanda: Our Ferdinand is also played by a woman.

Dan: Right and we are not changing the names; we are keeping with the text and not changing any pronouns or titles. We are not retelling the stories of Ferdinand and Miranda as a lesbian love story, though I’m sure that’s been done before. We also aren’t asking our females cast as male characters to play masculinity in a drag show sense- no fake facial hair or comically deep voices. The assumption is that the language and the structure of the social hierarchy will be enough to paint the picture. Of course this choice stemmed from another issue that is a bit more activist. Creating diversity and fairness in a theatrical community.

Dan: We’re trusting our audience to have the grace, intelligence and imagination to see and feel the story without placing labels on the relationships. We simply chose the actors that demonstrated the best qualities to tell the story and create equal opportunity for all actors in the Phoenix area.

Amanda:  When it came down to it we weren’t looking for certain characters to be played by men and certain characters to be played by women (those who were at callbacks can attest to this), but rather were interested in how actors interacted with each other and how the puzzle pieces fit together to build the strongest ensemble. However that ends up challenging preconceived notions about what women and men should or should not do- well, that’s just a bonus.

Amanda: No, no that did not happen… but we’re happy to talk about how we challenge gender norms in our daily lives if you come mingle with us at the Opening Night Gala! 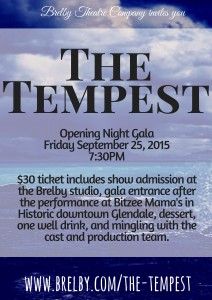