Home » Uncategorized » Write On: Meet the Playwright Behind Wolves of Sherwood 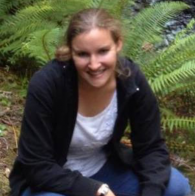 In our ‘Write On’ series, Artistic Director Shelby Maticic introduces the playwrights behind Brelby’s original productions. First up, we have Chelsea Frandsen, the winner of our 2019 Playwright Contest. You’ve seen her work on the Brelby stage previously in our ‘1st Annual Night of Shorts’ and our Studio Series production of ‘Angel’s Alley.’

Shelby: We’re so excited about Wolves of Sherwood opening this month. What originally inspired you to write this piece?

Chelsea: I have been obsessed with Robin Hood since I was seven years old; so much so that I have seen every single film adaptation that I can get my hands on(and I mean every single one) and read just about anything I could find about him as well.  One thing that always bothered me, though, was every single adaptation of the legend began with “how Robin Hood became an outlaw” and ended with “how King Richard returned and they all lived happily ever after”. To me, the story could get so much more interesting after the story everyone is familiar with. What would happen once Robin and Marion had children? Or after Prince John became King of England and declared Robin an outlaw again? And why would he do that? We all know how Robin became a legendary hero. I wanted to figure out what happened after.

Shelby: I think the entire cast has that in common…we’re all Robin Hood fans…whether it’s the Disney version or Men in Tights. Which is your favorite?

Chelsea: I have to pick ONE?!Ummmm if it’s a tie between Disney’s Animated Fox and “Men in Tights” can I have both ?

Shelby: Haha, sure! I’m not sure I could pick either. As a playwright, I’m always curious about what makes other writers tick. What does your writing process look like?

Chelsea: Any play I write begins as a “what if” question or an image in my head that won’t go away. I let this idea germinate for a while and, depending on the subject, begin to research anything and everything from names, dates and places to world-building. I have to have music when I write, so I build a soundtrack based on the world of my story and the attitudes of my characters. Then I give myself a deadline to spit out a first draft(say two weeks–and yes, my social life takes a Serious Dive at this point) which I then leave alone for–a bit(hardest thing I’ve ever done in my life!). Usually I distract myself from writing the script my digging into the characters…figuring out what makes them tick, what they love, who and what they hate and why, and modulating my soundtrack accordingly. When I get back to the revision process I spend one draft apiece focusing on a single character’s journey(and yes, this leads to a lot of revision drafts). When I feel like a piece is finally ready to be put on its feet, I’ve usually written about fifteen to twenty drafts of the thing, and I’m more in love with it than when I began.

Shelby: Brian definitely uses playlists when he writes too. Purely out of selfishness, can you share a song or two that helped you to write the character of Marion?

Chelsea:  Haha of course! Marion’s songs are: “Horns” by Bryce Fox; “FTT(Femme Tout Terrain)”By Zaho (Femme Tout Terrain means “Women’s Territory” aka “I’m perfectly capable of looking out for myself, thank you very much :P”. This song is also on Elodie’s playlist); “Believe In Me by Blackamore’s Night; “Heartbeats” by Royal Teeth; “Midnight” by Coldplay; “Ashes of Eden” by Breaking Benjamin; “Ailein Duinn”(from the Rob Roy Soundtrack) by Capercaillie; and “Strong”(from the Cinderella Soundtrack) by Sonna Rele.

Shelby: This is so amazing. I can’t wait to give them a listen…and I bet that the rest of the cast starts asking for their character songs soon too. 😉 Which character was your favorite to write?

Chelsea: Ooh, this is a tough one. I’d love to say I love them all(cause I do!!!), but if I have to pick one I’d say….Jean-Luc is my favorite because he was the character I wrestled the most with. For the longest time I had no clue what made him tick. Everything about him was played close to the chest, and part of the fun was figuring that out. I also admire his staunch loyalty and his protective streak–he cares so much about his family and will go to any lengths to look after them. (Fine, I’m also going to cheat a little bit and say I enjoyed writing Cassian because I love the cocky little snark and Tarquin because figuring him out was almost as fun as figuring out Jean-Luc…but not quite)

Shelby: I love writing characters that have a snarky streak too. Which character(s) do you relate to the most?

Chelsea: Oh good, an easy question! There are pieces of myself in both Cassian and Jean-Luc, because I lead with my heart more often than my head; and being the oldest of six I look out for my younger siblings and spoil them rotten(even when they get on my nerves). I also have a sarcastic streak a mile wide.

Shelby: Oh wow, knowing that…I have a pretty good idea of how tough it was to write certain parts of this play. (No spoilers though!) What was your biggest challenge while penning this play?

Chelsea: I would say my biggest challenge was finding the balance–between familiar characters and original creations, between the Robin Hood legend everyone knew and loved, and my own telling, between history and fantasy. I not only wanted to do the legend justice, but also create an original storyline that lived up to the Robin Hood name.

Shelby: A worthy challenge. What do you hope audiences take away from the show?

Chelsea: Robin Hood is such an iconic character in a fascinating period of history. I’d love to delight current fans of this wonderful outlaw and hopefully get him some new ones.

Shelby: I bet that everyone has an entirely new appreciation for Robin Hood and his crew after seeing this show…which runs May 10-26 on the Brelby stage in Downtown Glendale. Tickets are on sale now via our box office. 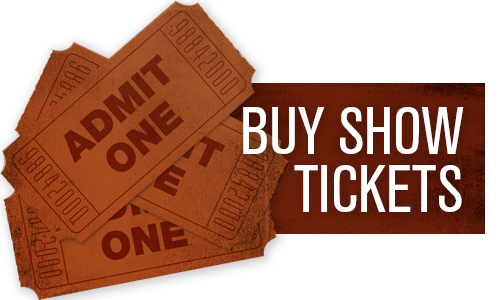