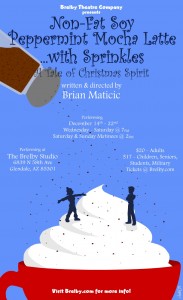 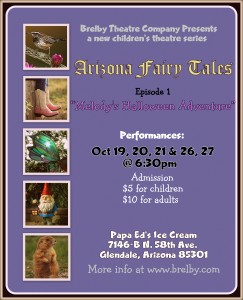 Synopsis: Melody, an 8 year old who loves tap dancing, her ukulele and science; Petrichor, the desert fairy that tends to the plants in her front yard; Roman the garden gnome who defends the yard from unwanted intruders; and their best friends Larry the prairie dog and Jen the Cactus Wren.

Synopsis: As described by the New York Times: “When the play begins there is Harry Berlin, looking like a shaved, mustachioed beatnik who has sunk so low that honest beatniks would disown him. He has no future except to jump off the bridge and is about to do so when Milt Manville comes along and intervenes. Milt and Harry turn out to be college classmates. As Harry, in his rags, slowly drops hints of his tale of woe, Milt, a picture of prosperity, is all sympathy. But LUV has ample place in its bosom for more than one miserable fellow. Milt is also full of frustration, for his wife won’t release him and let him marry the girl he loves. Presently Milt’s wife, Ellen, appears. As she stands under a lamppost, her expression congealed and […]body rigid, it is clear that she, too, is torn by anguish. Now we have a triangle matched in misery. Milt has had an inspiration. Why not bring Ellen and Harry together and thus win the freedom to marry the other girl? But Ellen looks despairing; she needs sprucing up. Milt tidies her dress and slip, combs her hair, rouges her lips, powders her cheeks, delicately touches up her eyelashes and sprays her with perfume. Could a husband be more tender with a wife he hopes to palm off? The events that follow need not be detailed. All you will wish to know is that whatever marriages are made and unmade, Milt, Ellen and Harry end up in sorrow and agony, and the greater their misunderstandings and problems, the more you laugh.” 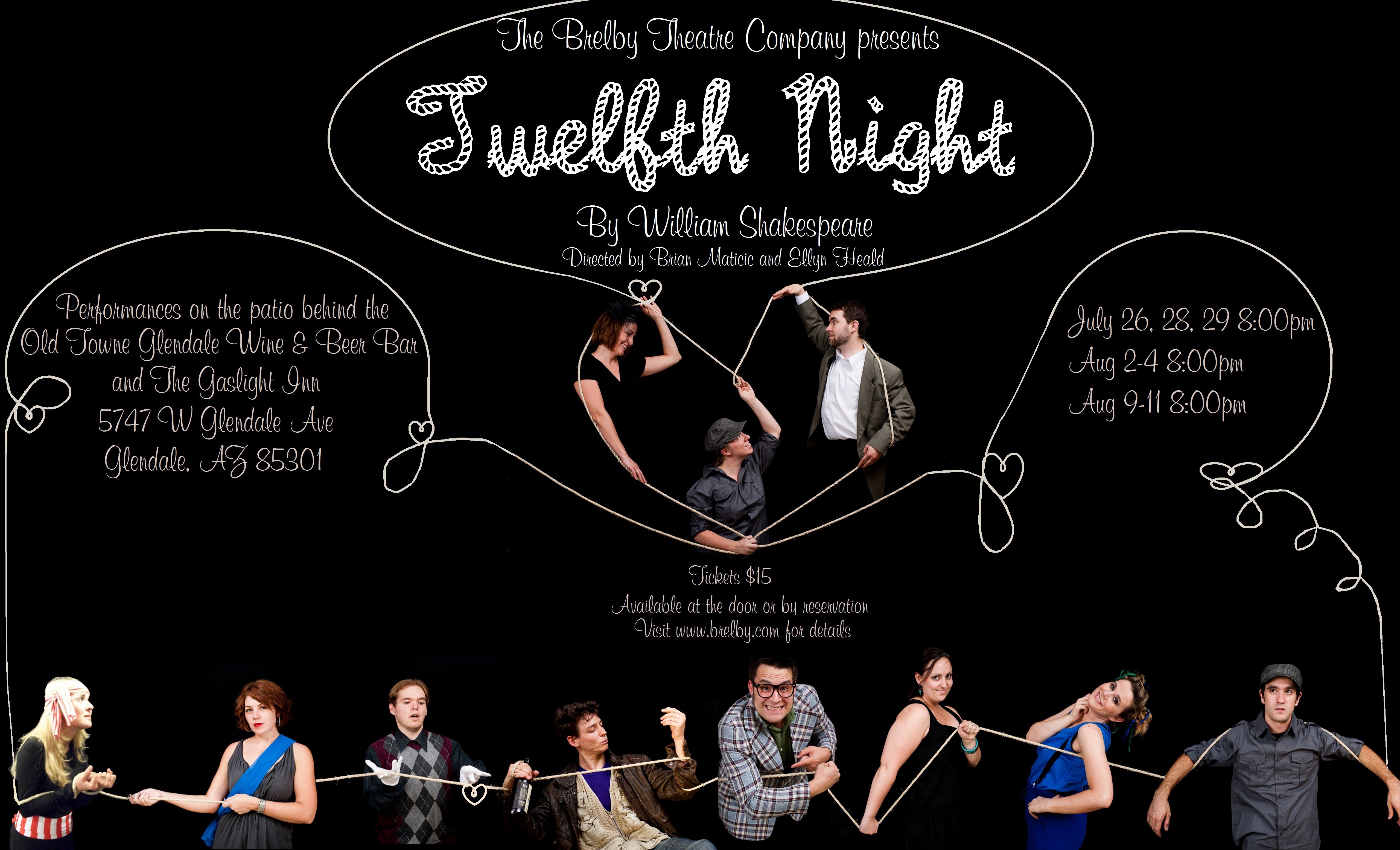 A shipwreck off the coast of Illyria sets the stage for this profoundly moving, hilarious, and arguably most-loved Shakespearean comedy. Viola, a fraternal twin, disguises herself as a servant boy called Cesario to serve the Count Orsino, who is in love with a beautiful heiress called Olivia. Olivia falls in love with Cesario, who is really Viola, who is in love with Orsino. It’s a hilarious riot of mistaken identity, love, passion, mischief, wisdom and reunion.

Located on the patio behind the Old Town Glendale Wine & Beer Bar and the Gaslight Inn.

*Presented as a participant in the 2012 Phoenix Fringe Festival* 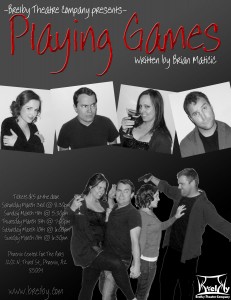 A playful dark comedy about life, love, sex, violence, death, and all of the sarcasm in between. The action centers around Mel and Bryson, who keep their marriage exciting by playing over the top and manipulative games with strangers they lure into their home. But when they realize their current mark would be perfect for Mel’s younger sister Liz, their motives change.
*Contains adult language and themes*