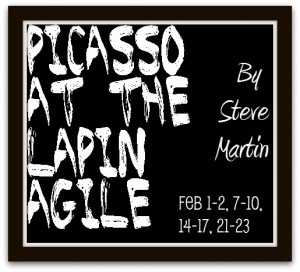 Penned by world renowned comedian and actor, Steve Martin, this long running Off-Broadway absurdist comedy places Albert Einstein and Pablo Picasso in a Parisian cafe in 1904, just before the renowned scientist transformed physics with his theory of relativity and the celebrated painter set the art world afire with cubism. In his first comedy for the stage, the popular actor and screenwriter plays fast and loose with fact, fame and fortune as these two geniuses muse on the century’s achievements and prospects as well as other fanciful topics with infectious dizziness. Bystanders, including Picasso’ agent, the bartender and his mistress, Picasso’s date, an elderly philosopher, and an idiot inventor introduce additional flourishes of humor. 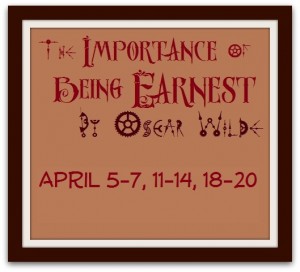 In a unique steampunk style twist on an old classic, The Importance of Being Earnest features the  handsome gentlemen John Worthing and Algernon Moncrieff as they pursue the fair ladies Gwendolen Fairfax and Cecily Cardew. Matters of the heart are slightly complicated by the invention by both men of imaginary characters to help cover for their own activities — not to mention the disapproval of Gwendolen’s domineering mother, Lady Bracknell. 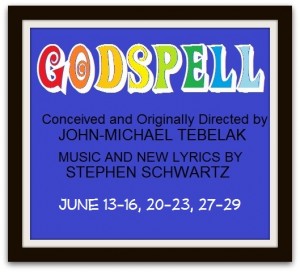 GODSPELL is one of the biggest off-Broadway and Broadway successes of all time.
Based on the Gospel According to St. Matthew, and featuring a sparkling score by Stephen Schwartz,GODSPELL boasts a string of well-loved songs, led by the international hit, “Day By Day.” As the cast performs “Prepare Ye The Way Of The Lord,” “Learn Your Lessons Well,” “All For The Best,” “All Good Gifts,” “Turn Back, O Man” and “By My Side,” the parables of Jesus Christ come humanly and hearteningly to life.

Drawing from various theatrical traditions, such as clowning, pantomime, charades, acrobatics and vaudeville, GODSPELL is a groundbreaking and unique reflection on the life of Jesus, with a message of kindness, tolerance and love. 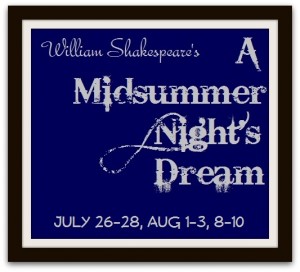 A Midsummer Night’s Dream’s is one of Shakespeare’s most beloved comedies.  Midsummer weaves a theatrical spell powerful enough to make people of all ages believe in anything. Lovers lost in the woods, courtly marriage festivities, rude mechanicals rehearsing a wacky play in the woods- not to mention the King and Queen of the Fairies… oh yeah, and did we mention that misplaced love potions just make it all the more hysterical? This play is Shakespeare’s hilarious love letter to all you can imagine. 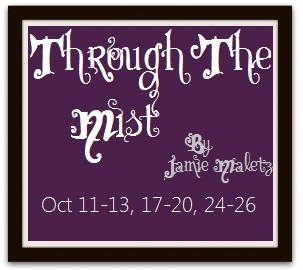 Hidden away on a secret island that is shrouded in mist, everyone in the world who has magic in their blood lives separated from the rest of mankind. But the island is a dangerous place to be. Years ago, a woman of great evil almost destroyed the island. She was defeated, but she left something behind: a set of twins. And now there is a prophecy that spells doom for the island, the twins, and the future. Throw in a young man who somehow manages to crash his sailboat through the mist, and you’ve got the beginnings of an amazing and mysterious adventure…journey on, if you dare! 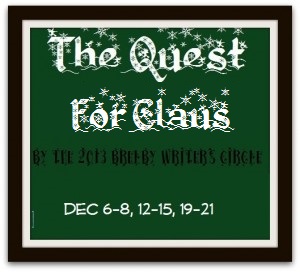 The Quest For Claus

A brand new holiday tale from the creative minds at Brelby Co.

Come and enjoy a brand new origins tale about how Santa becomes the mystical figure we all know and love, as viewed through the eyes of a young boy on Christmas Eve. Filled with characters you know and love, this action packed story is sure to become a new holiday tradition.