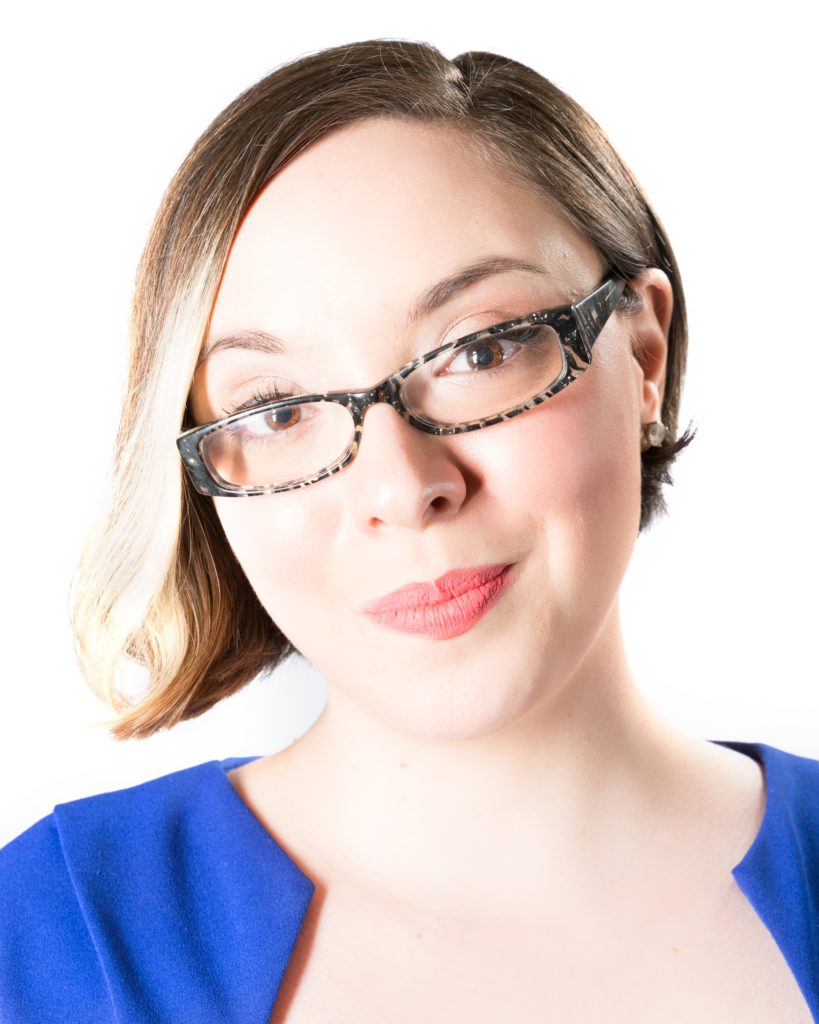 How I found Brelby? That’s a pretty funny story actually. I was at ASU getting my Theatre BA and auditioning over and over with no luck. I wasn’t getting cast and I was getting real antsy to be in a show. I decided to just go ahead and get my theatre credit by just being a Light Op for a random production and continuing auditioning for shows elsewhere. I ended up being placed as the Light Op for a show called Nation where Shelby Maticic was the Stage Manager. At the same time I started looking for auditions through Durant. I found an audition notice for two shows called Rumpelstiltskin’s Fire and She Kills Monsters at this theatre company I had never heard of before called Brelby Theatre Company. So I emailed them my headshot and my resume and I got a 9:30am time slot on Saturday! So the next day during rehearsals for Nation I walked up to my Stage Manager, Shelby, and I told her, “Hey, Shelby. Is it okay if I’m late to rehearsal on Saturday? I have an appointment in Glendale…” she said, “Yeah, that’s okay! I live in Glendale too, so I know how far it is. No problem!” I was relieved to say the least.

Saturday comes along and I show up to my audition at Brelby and lo and behold out comes Shelby from behind the curtain and she looks at me and laughs and asks me, “Is this your appointment?!” and I was like OOOMG, “Yes! Yes it is!” I got called back and eventually cast in Rumpelstiltskin’s Fire and it was so much fun. Brelby has given me the opportunity to spread my wings as an artist when no one else would. Brian and Shelby are the kindest, sweetest people I think I have ever met and they really do see the potential of each and every artist that walks through their doors.

Not only do they see the potential of people as artists, but they also gave me a chance as their Realtor! They were my first clients and I am proud to say that I was able to help them buy their home!!!

Ever since Rumpelstiltskin’s Fire in 2014 I’ve been in a couple shows with them throughout the years including Fangirl in 2015 and most recently Evil Dead the Musical this October!

I had to take a break from acting for 2 years due to my job but once my schedule freed up, Brelby was the first place I knew I could come back to and I was right! I love Brelby and I hope I get to keep doing shows both on the stage and behind the scenes! This has been my Brelby Story.