This is the premier production of the brand new Brelby Theatre Company, an audience participation murder mystery dinner theatre. Its open mic night at the Brelby Café…and the talent is lined up to compete for the elusive prize money. Join your hostess, Pamela Hospice, as she introduces a variety of quirky characters who are just waiting to dazzle with their respective arts. In the midst of the competition, the good times turn gory as performers start dropping dead. Put your detective skills to use and see if you can deduce who the killer is…before its too late. 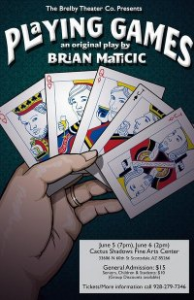 “A play about life, love, and all of the sarcasm in between.”
Mel and Bryson keep their marriage alive in a unique way. Matt is pulled into their twisted games, and finds himself falling in love with Mel’s sister, Liz. Unfortunately for him, the family has a past that won’t stay hidden for long. 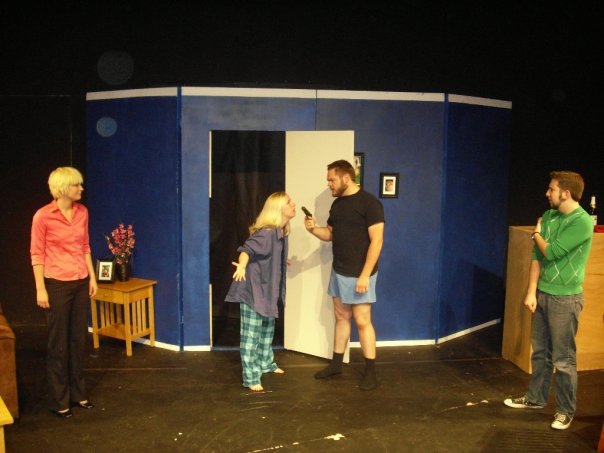 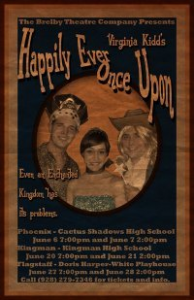 After twenty years of marriage, Cinderella and Prince Charming have some problems: the Enchanted Kingdom teeters on the brink of bankruptcy. Cinderella’s fairy godmother is blackmailing her, the Prince’s adviser has one arm and one swan’s wing and an unfortunate habit of breaking everything he encounters, and Red Riding Hood has her eyes set on the Prince. Though hoping Rumplestilskin can spin gold from straw, the Prince fears he may have to make the Enchanted Kingdom a tourist attraction. Can they turn this disaster back into Happily Ever After?